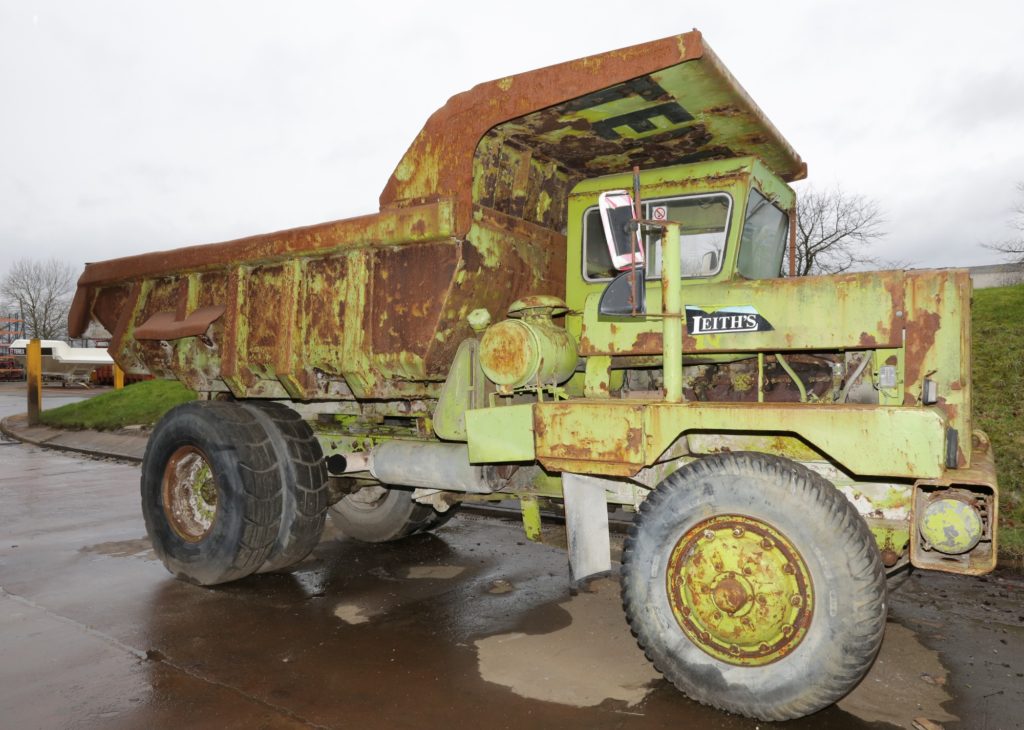 A group of young apprentices are taking on the mammoth task of transforming a 43-year-old Terex Truck hauler back to its former glory.

Once the 13.5 tonne R17 dump truck has been restored it will go on display at Terex Trucks’ factory in Motherwell.

The 17 Terex Trucks apprentices, aged between 17 and 21, were recruited through the East Kilbride Training Association and spend one day a week at college and four days in the factory over the four year apprenticeship.

“The beauty of this project is that it gives the apprentices ownership of something from start to finish, learning a vast array of skills and the need for first class teamwork and communication, along the way,” said Terex Trucks general manager, Paul Douglas, who started with the company as a graduate 30 years ago.

“From my own graduate experience, I know how important this period in your working life is in building skills towards a future sustainable career.”

He added, “This is a highly successful project that will allow us to develop a longer term programme for the renovation of other old models. This is an invaluable opportunity for our apprentices as they work alongside seasoned team members across all functions of the business.”

Four employees who worked on the original R17 are still working in the factory while another, Campbell Blake, who retired after 39 years service last year, has returned to lend the apprentices a hand.

“Transforming a 43-year-old truck is no mean feat, even if it does have a much simpler operating system than the electronics used today,” said Campbell.

“The apprentices are learning about the mechanics behind the original truck.  By exploring the origins of the product it has really helped them understand the evolution of the truck designs compared to the trucks that we produce today.”

Fraser commented, “The truck was built in this facility in 1973 and worked most of its days at Leith Quarry in Aberdeenshire, so at 43 years old it’s in a fairly rough state.

“There are many obstacles to overcome throughout this project, the main challenge was to get it functioning by manufacturing or sourcing replacement parts, especially as the original designs are all on paper and many parts have been discontinued for many years. We have already outsourced items such as the driver seat, engine and radiator, and Bridgestone is providing a full new set of tyres free of charge.

“Gathering information on the parts, sourcing suppliers, getting quotes and communicating on costs and lead times allows us to gain valuable experience that would not normally form part of our apprentice role. All of the apprentices are gaining experience in their specific discipline as well as learning a great deal about other aspects of the business and how they operate.”

Edward Massey added, “Getting it back to a functioning state and to look at it in ten years’ time and think I was part of that. Dismantling was the easier part but putting it back together will be the biggest challenge especially the cab due to the condition of the metal.”