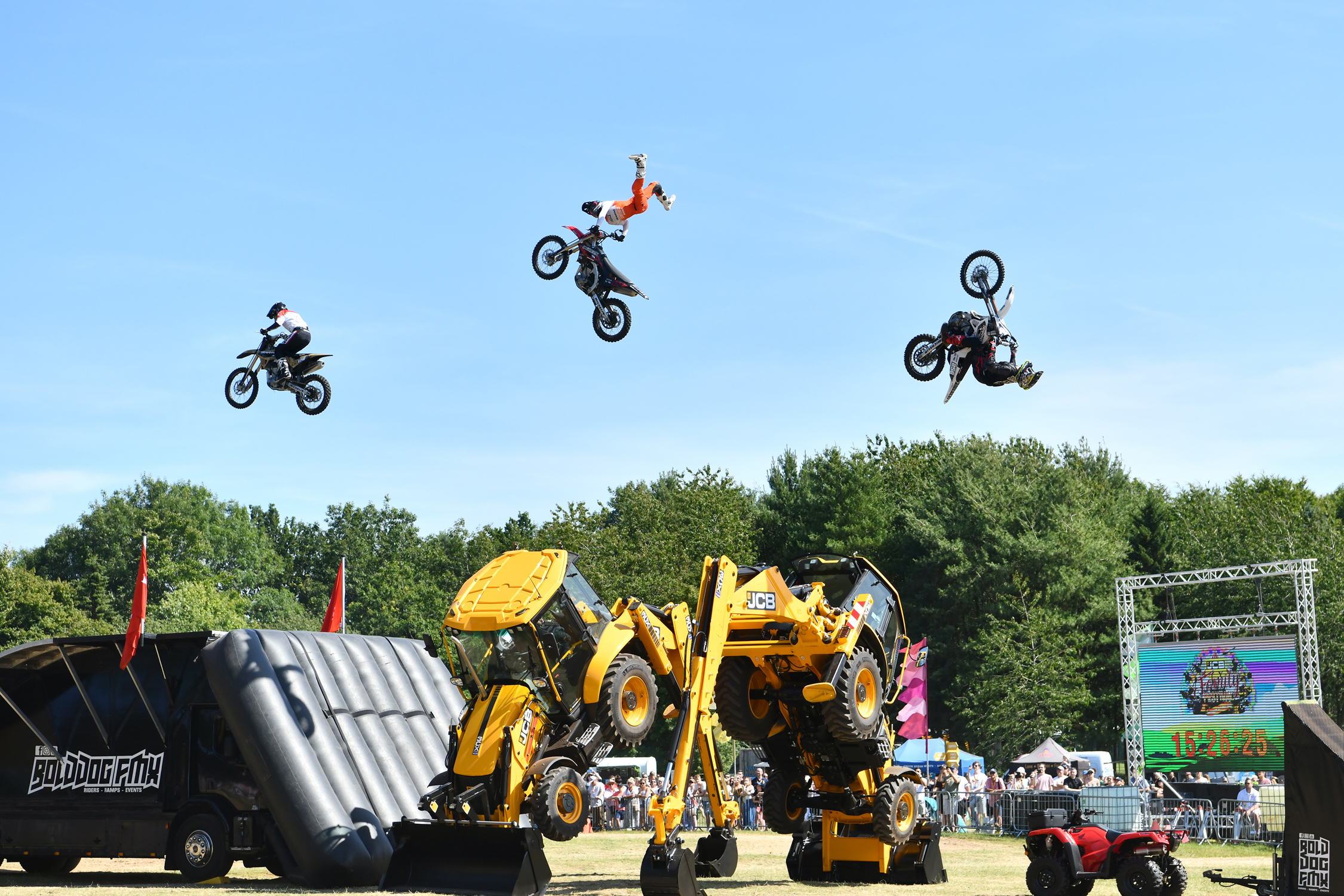 THE ‘biggest party in JCB’s history’ has been held as a thank you to the firm’s past and present employees.

Around 15,500 people soaked up the atmosphere at the JCB Family Festival, which was held at the company’s Wootton Estate near to the World Headquarters in Rocester. Entertainment included eight live music acts, headlined by chart-topping pop star Sophie Ellis-Bextor.

JCB had originally planned to celebrate its 75th anniversary in 2020 but plans for a party had to be put on ice for two years due to the Covid-19 pandemic. In an ironic twist of fate, JCB chairman Anthony Bamford, who was due to address the crowds, was unable to attend after contracting Coronavirus. Instead, his wife, Carole Bamford, welcomed the thousands of past and present employees who attended the Family Festival.

Lady Bamford said, “I’m here by proxy. My husband should have been here today for this wonderful family day, but sadly he has got Covid. JCB is family business, built on family values and you are all so important to us. I’m proud of what we have all achieved together. Today is a thank you from us to all of you for making JCB what it is today. Have a wonderful day, in fact have a ball.”

The Festival was compered by TV presenter, magician and comedian, Stephen Mulhern, who entertained with an audience participation magic show. He said, “As soon as I got involved with the Family Festival, I knew it was going to be incredibly special. It’s been an honour to perform in front of all these people.”

Speaking during her performance, Sophie Ellis-Bextor, said, “It’s been lovely being here today sharing it with you and your families. It’s been very special for me.”

Another key ingredient of the day was popular TV chef Ainsley Harriott MBE who staged celebrity cooking sessions. Acting as sous chefs at his two cooking demonstrations were JCB employees Richard Doyle, who works as an engineer at JCB Power Systems in Foston, Derbyshire, and Lauren Guyler, who works as management accountant at JCB Cab Systems in Uttoxeter. Later, guests queued around the cooking tent to get selfies and autographs with the chef.

Also on the bill was JCB’s JCB Shakeshaft, performing a medley of songs during a half hour set. Jake, who works at JCB’s World HQ, represented the UK at the Eurovision Song Contest in 2016 as part of the duo Joe and Jake.

The event was invitation-only and open to UK employees and their families as well as retired employees. They were able to toast their contribution to JCB’s success with complimentary food and drink.

Other highlights included a Spitfire and Hurricane fly-past, while back on the ground a 12-man Dancing Digger team entertained with their world-famous choregraphed routines. A classic car show, ferret racing, Punch and Judy and an all-day cinema tent provided endless entertainment as well as acrobatic and strongman displays. There was also an appearance by Carters Steam Fair, a travelling vintage funfair with rides from 1890s to the 1960s as part of its last ever tour.

Among those attending were husband and wife Lee and Sue Durber from Newcastle-under-Lyme. Both have worked for JCB Finance in Rocester for 24 years and were there with son Sam, five.

Lee said, “We decided to bring him so he could see where his mum and dad worked and get a better understanding of what a big role real JCBs play in our lives. He has been absolutely blown away by the Dancing Diggers – as we were as well. It’s been a great family day out laid on by a great company.”

Phil Peach, of Rocester, was a welder on JCB’s backhoe loader production line at the World HQ for 35 years. The 78-year-old, who still works for the company as a part-time water bailiff protecting wildlife on the JCB lake, said, “I have really enjoyed today meeting old colleagues, many of whom who I have not seen for quite a while because of Covid. There is such a great community spirit around this company and a day like today just shows JCB likes to look after its people, past and present. The facilities are spot on and the entertainment is great – I really loved Ainsley Harriott’s cooking demonstrations – that was a highlight for me.”

JCB senior engineer, Mark Richards attended with wife Rosie and son Louie (3). Mark, from Derby, said, “It’s been fantastic to come here. You can see straight away the amount of work that has gone into this. Given the couple of years we have had, this is a real morale boost to everyone who is associated with JCB and a great way to celebrate the company’s anniversary. There is so much to see and do and they’ve laid on loads for children too, which makes it a real family occasion.”

JCB marketing manager Olivia Chilman from Abbots Bromley is on maternity leave but attended with her husband Scott and their three-year-old son Rupert and six-month-old daughter Alice. She said, “We wanted to bring the little ones to see the Dancing Diggers and the steam fair – but in all honesty there is so much to see and do, we are spoilt for choice.”