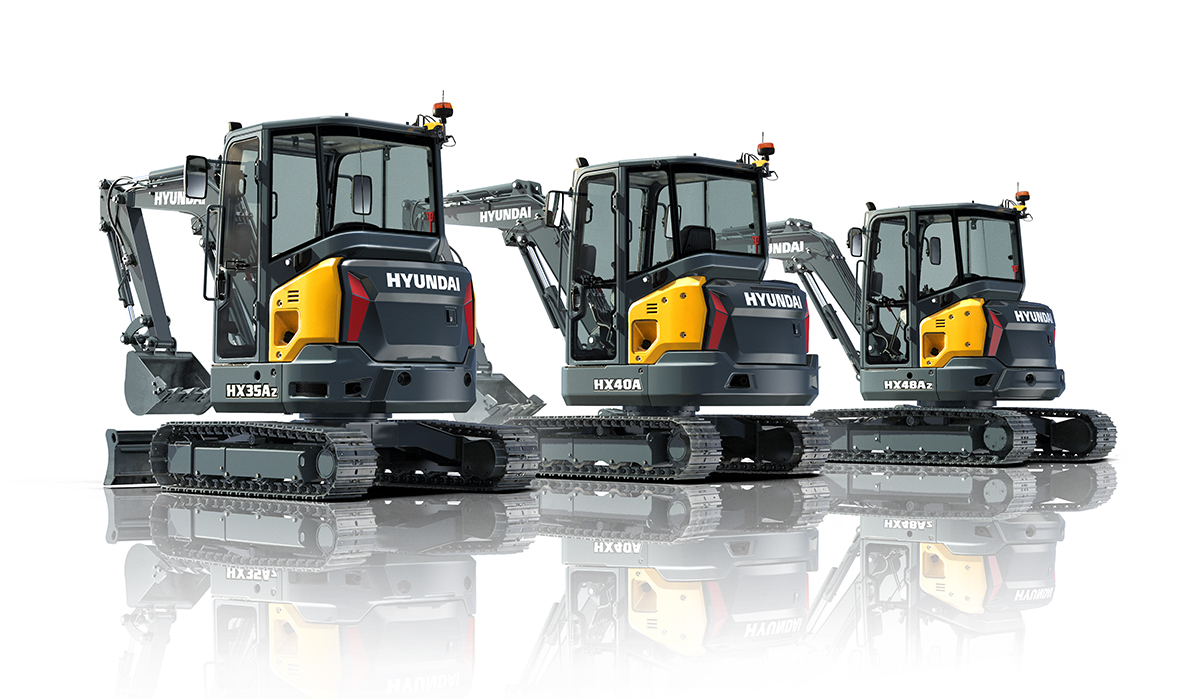 HYUNDAI Construction Equipment (HCE) will display 23 machines at bauma 2022, with a stand described as 30% larger than in previous years.

Taking centre stage will be a technology zone, with the manufacturer revealing it looks forward to a ‘safer, cleaner and more connected’ future of construction equipment.

Hyundai’s mini-excavator offering will include the launch of the award-winning EU Stage V A Series machines. With operating weights of 1.7 to 5.5-tonnes, the diggers won a Red Dot Design Award for their distinctive ‘Tiger Eye’ design language, with new colour scheme across the line-up.

A new hydraulic system has been added for all models over four tonnes, with load-sensing technology and a variable displacement pump for ‘smoother’ operation. All models have proportional joystick controls as standard, along with quick-coupler piping and safety valves on boom, arm and dozer blade cylinders.

Also featuring in Munich will be Hyundai’s new articulated dump trucks. The HA30A and HA45A models have rated payloads of 28 tonnes and 41 tonnes respectively. They are built around a full-time six-wheel drive concept, with front and rear limited slip differentials and a longitudinal differential than can be manually locked. 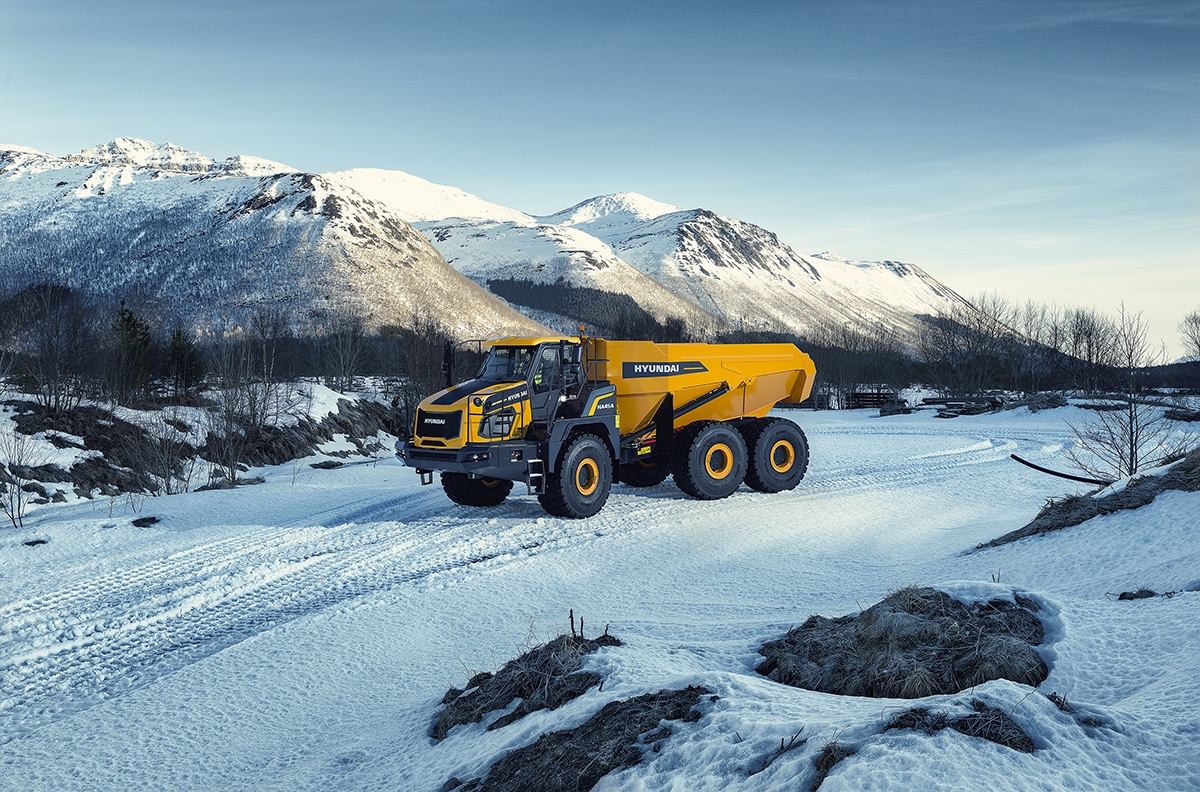 The trucks have a compact chassis design, which Hyundai said aids manoeuvrability, with a sloping rear frame and a front-mounted differential integrated into the ZF transmission, allowing for a shorter front frame section.

The HA30A and HA45A are equipped with a full hydraulic retarder, combined with an electronic engine brake as standard. The trucks are supplied with a gradient meter, with flip-over protection and a Body Over Centre of Gravity function, to assist drivers when tipping and operating on rough terrain.