HODGE Plant has revealed that the business will showcase ‘the biggest breakthrough in mobile crushing’ at ScotPlant 2022.

It comes after Alistair Hodge, MD of the Hodge Group, secured a deal in Austria to become the main UK importer of SBM Mineral Processing equipment. Featuring at ScotPlant 2022 will be what Hodge has described as likely to be the ‘most interesting piece of kit at the show’ – a SBM Jawmax 400 track-mounted mobile jaw crusher. 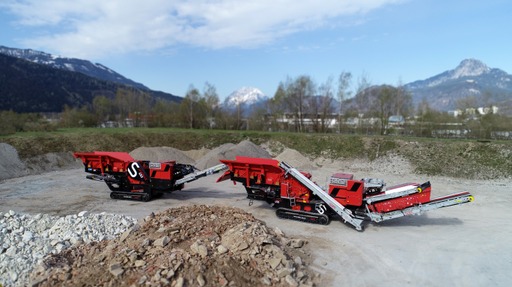 Alistair explained how the SBM Jawmax 400 operates: “It’s a small engine, with only around 175 horsepower.” The actual jaw is driven by an electric motor and all the other functions are also driven by electric motors.

Further to its eco-friendly credentials, the machine also features a ‘high performance’ pre-screening unit which protects it from the crusher wear, whilst also improving the crushing quality and output. At only just under 40 tonnes, the machine is also easily transported.

‘”We will hopefully take the market by storm with this machine,” Alistair added. “I was over in Austria last week visiting the factory and it is an unbelievable set up.”

The CX250E is one of seven new models, ranging from 13-30 tonnes. The models boast features including a new FPT Industrial Stage V engine and ‘enhanced’ cab design, alongside improved hydraulics’ controls and settings, machine structure, and a new range of service solutions. Alistair added that users will benefit from the machine’s ‘fantastic’ fuel consumption.

All E-Series models can run on regular or alternative fuels, such as HVO.