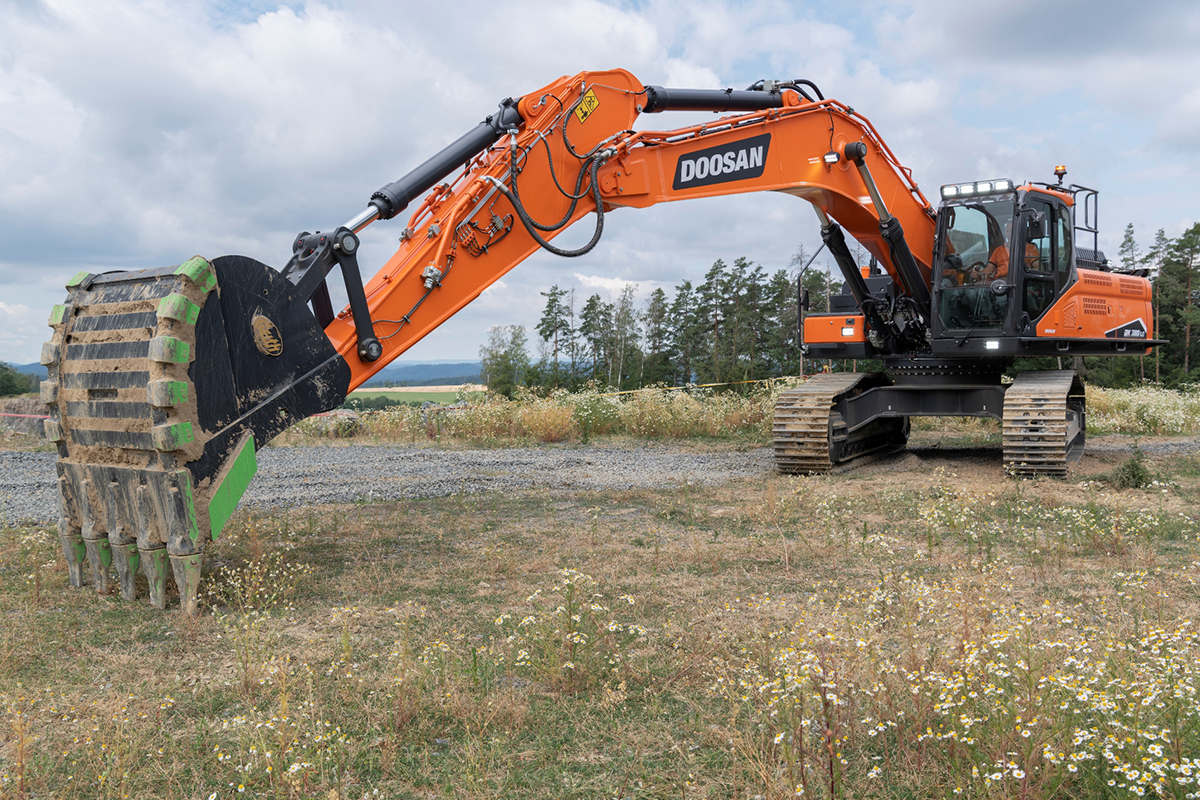 The eight-inch Doosan smart touchscreen allows operators to scroll through the different menus available, providing a choice of work and power modes to suit the application being undertaken.

With the addition of the DX420LC-7, all latest versions of these Doosan large excavators now incorporate the manufacturer’s D-ECOPOWER technology, which focuses on the role of the hydraulics system. Doosan explained the technology utilises an electronic pressure-controlled pump within a closed centre hydraulic system to achieve increases of up to 26% in productivity and up to 12% in fuel consumption improvements, depending on the mode selected.

The D-ECOPOWER system uses nine sensors to detect the amount of hydraulic oil necessary to accomplish a specific task and meter the amount of oil required rather than continuously forcing a fixed amount through the system.