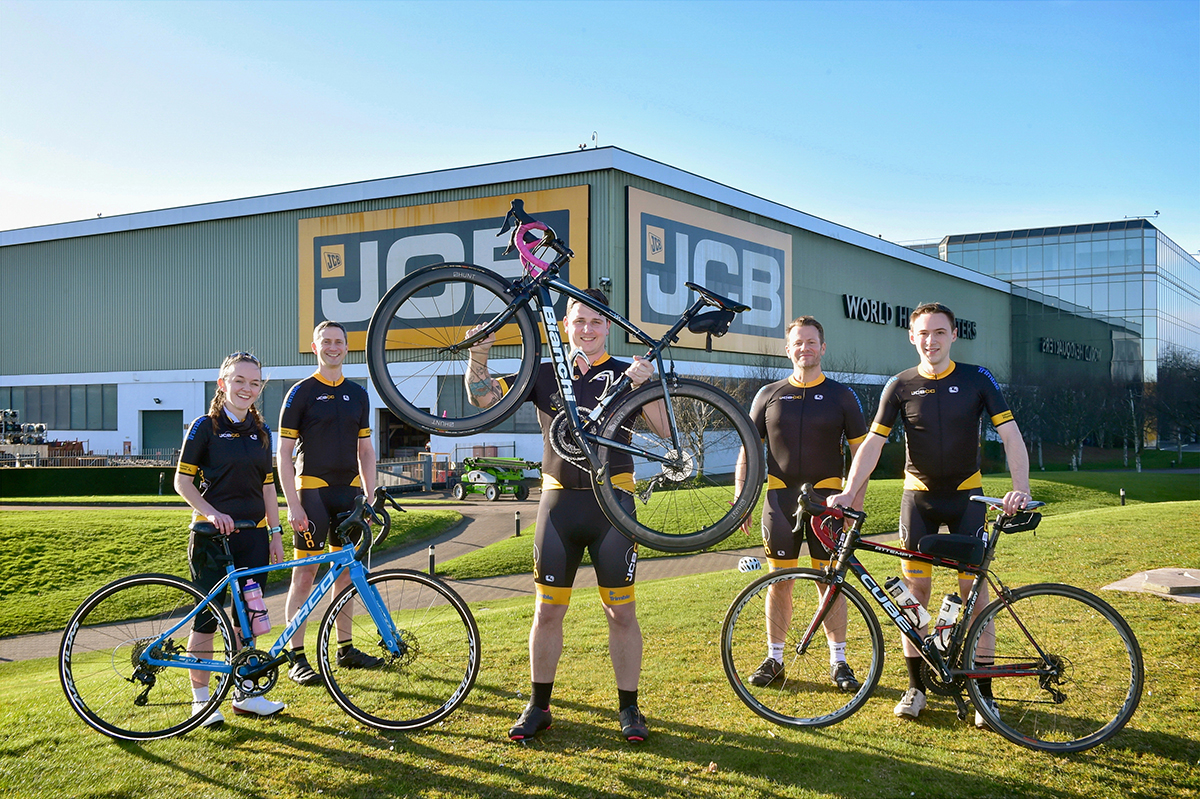 JCB has revealed that up to 1,000 cyclists are set to compete in the organisation’s NSPCC Platinum Jubilee Appeal.

The event on Sunday, May 8th will cover either 70 miles or 70 kilometres – a mile or kilometre for each year The Queen has reigned. All money raised will go to JCB’s NSPCC Appeal, which aims to raise at least £70,000 for the charity’s work in Staffordshire.

The idea is the brainchild of JCB senior electrical design engineer Aaron Turner, who has recently founded the JCB Cycling Club. The event – called the JCB Sportive – will start and end at JCB’s HQ in Rocester and will take in a route across Staffordshire and Derbyshire. The event is open to all ages and abilities.

George Bamford, who is honorary president of the JCB Cycling Club, last year rode more than 870 miles from Land’s End to John O’Groats in 10 days, raising almost £90,000 for charity. He said, “Everyone is so excited about the JCB Sportive event and there has already been a huge amount of interest in it. It will be an amazing occasion for all the family.”

Aaron Turner added, “This year our focus is on raising as much money as possible for the JCB NSPCC Platinum Jubilee Appeal as well as having fun and keeping fit for a great cause. Offering two distances of either 70 miles or 70 kilometres means we can cater for a wide range of abilities. Our hope in the future is to stage this event every year and make it a firm fixture in the calendar.”

Registration for the JCB Sportive event is via https://www.britishcycling.org.uk/events and the entry fee is £40. The event is open to both JCB employees and members of the public.