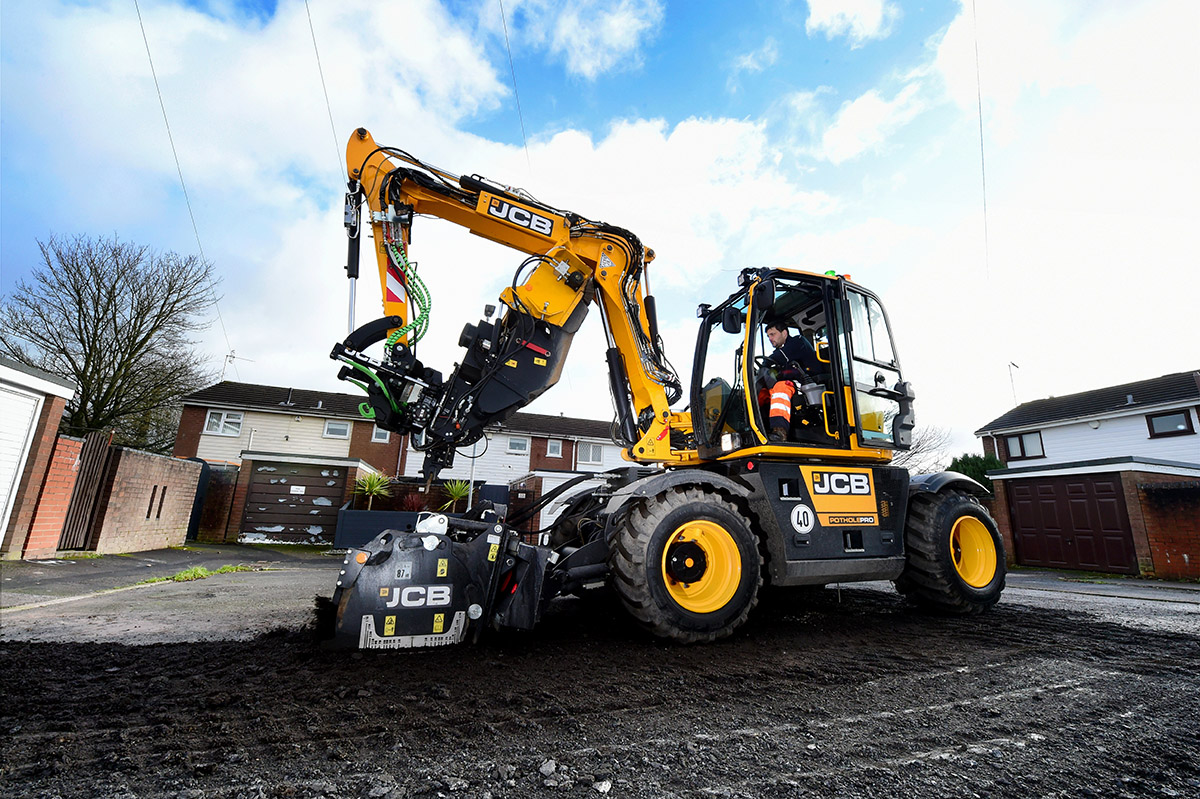 JCB has announced that a local authority has completed almost three years of pothole repairs in just over four months with the firm’s new PotholePro machine.

Stoke-on-Trent City Council has repaired 10,000m² of road with the machine in just 130 days. Using traditional methods, JCB said this task would have taken 1,040 days or almost three years.

The council became the first in the UK to invest in the PotholePro last year, having previously trialled the technology. JCB revealed other authorities are now following suit and investing in the machine.

Councillor Daniel Jellyman said, “We are delighted with the success of the JCB PotholePro and the speed at which it is maintaining the city’s road network. To have competed almost three years of work in just over four months is astounding and speaks volumes for this solution over traditional methods.

“It’s proving so effective across the city that councillors and residents are actively asking for the PotholePro when a highway network issue arises. Put simply, the JCB PotholePro delivers a consistent and permanent repair in a fraction of the time. We are also able to deploy it on a multitude of other tasks and this delivers huge rewards in terms of time saved.”

The development of the PotholePro has been personally led by JCB chairman Lord Bamford. He added, “Potholes really are a blight on our nation and the solution we have developed with the JCB PotholePro offers a quick and permanent fix. Changing the long-established ways local authorities repair roads takes time, but I’m pleased that councils across the UK are now starting to see the real benefits of the JCB PotholePro, which is exceeding expectations with its speed and productivity.”