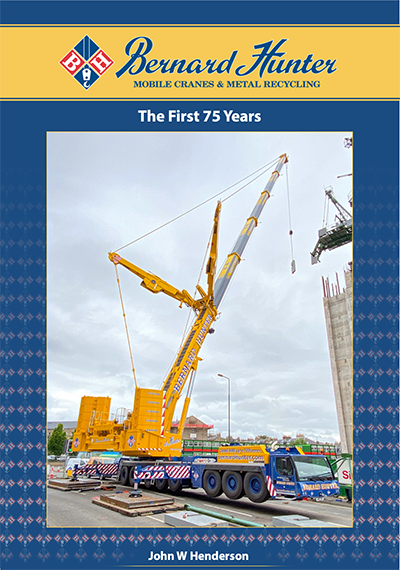 A new book is set to be published to mark the 75th anniversary of Edinburgh-based mobile crane hirer and metal recycling specialist, Bernard Hunter.

The 259-page book tells the tale of the company’s role in the growth of Scotland’s capital city and its surrounding environs. A number of photographs and artefacts from the company archives are included in the publication.

Details of ‘landmark’ lifting jobs provide local history interest, while the work has also been tipped to appeal to motorsport fans as it features a dedicated chapter on Bernard Hunter junior’s involvement in several single seater racing formulas.

Due to be published in late February, ‘Bernard Hunter The First 75 Years’ was written by East Lothian-based commercial vehicle journalist, John W. Henderson.

The book is available to order from www.a1truckbooks.co.uk