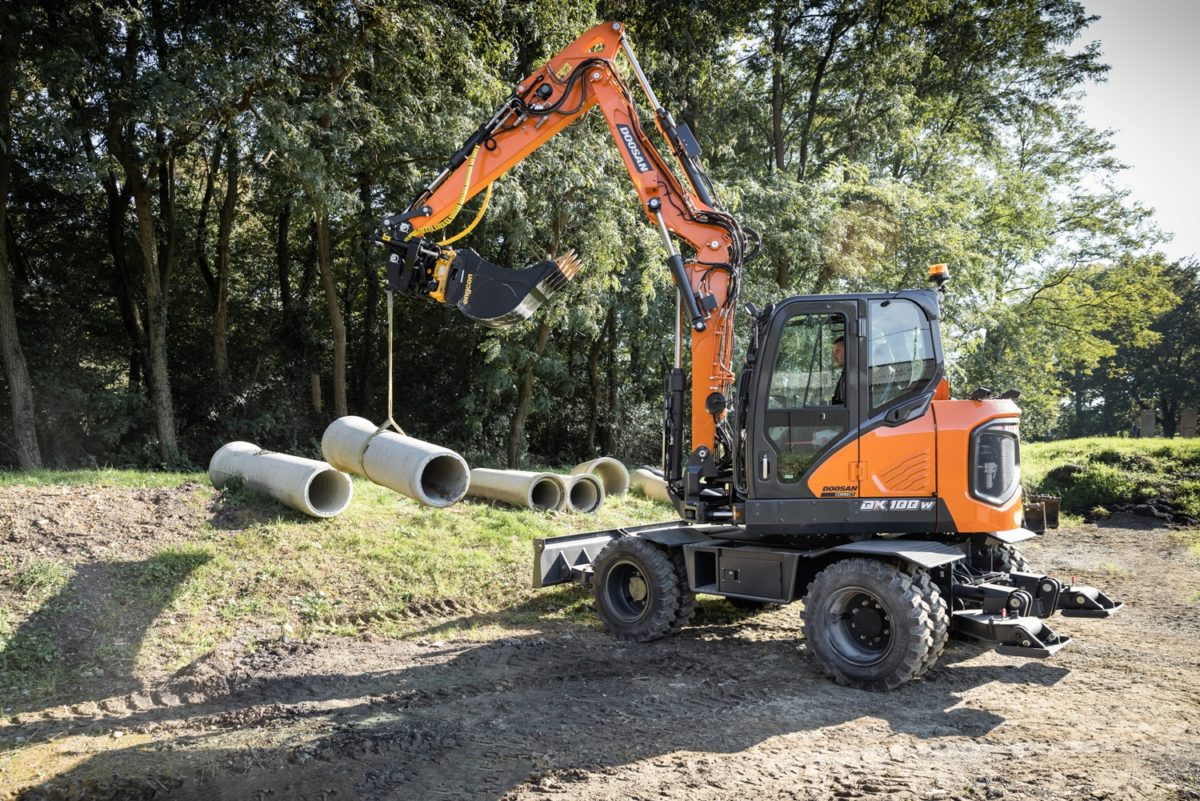 DOOSAN has launched the DX100W-7 10.7-tonne wheeled excavator, which has been designed primarily for urban and road maintenance tasks.

To boost operation in very restricted areas, the machine can be equipped with the option of four wheel steering and a crabbing mode, with two wheel steering as standard.

Doosan said the integral 1.35 tonne counterweight ensures the ‘highest stability’ for lifting work in combination with the articulated boom and long arm. The articulated boom is said to ensure that operators can position the machine as close as possible to trucks during loading.

The DX100W-7 also satisfies the requirement in some countries for a wheeled excavator with a travelling height of under 4m.

Other safety features include the ROPS cab, where operators can use the eight inch touchscreen to browse through machine settings, including the view from the standard side and rear view cameras. There is also an optional 360° all-around view camera, linked with an optional ultrasonic detection system.

Additional features in and around the cab include DAB audio (Handsfree and Bluetooth), a parallel wiper system, LED work lights as standard, thumbwheel joystick, and a cup holder and power socket.

Doosan explained that the D34 engine offers a new solution to exceed Stage V regulations without exhaust gas recirculation (EGR), that boosts the quantity of air available during combustion, increasing the temperature of the process and reducing the amount of particulates produced. This is combined with DOC/DPF+SCR after-treatment technology to ensure ‘minimal’ emissions.