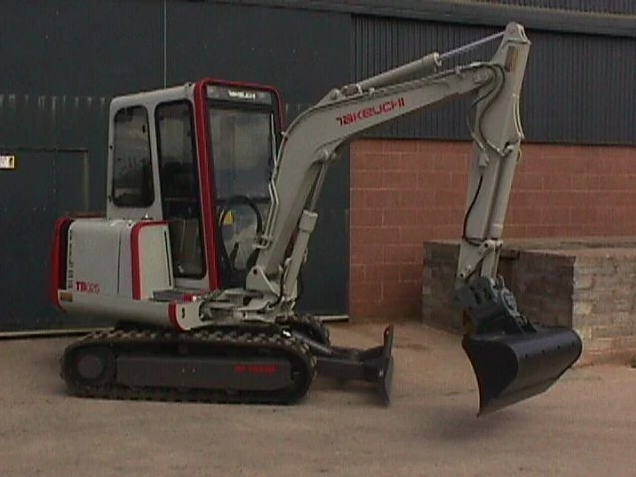 TAKEUCHI UK has embarked on a mission to search for the oldest working Takeuchi machine in the UK and Ireland.

The initiative is part of Takeuchi UK’s 25-year anniversary celebrations. The company started out here in 1996 and believes a few machines from those early years are still in operation.

Early Takeuchi machines to arrive on UK shores included: TB15, TB007, TB015, TB020, TB035, TB045 and TB15FR from the 0-Series. These compact minis were the first with Takeuchi branding and red styling.

Tool and plant hire companies were the first to get on board with the Takeuchi brand in the 1990s, so a hire company might well still have one in the fleet. Alternatively, a builder might have bought an old hire machine from a local firm.

Whatever your vintage Takeuchi, the company would like to hear about it.

You can visit the website to upload your picture of your old Takeuchi.