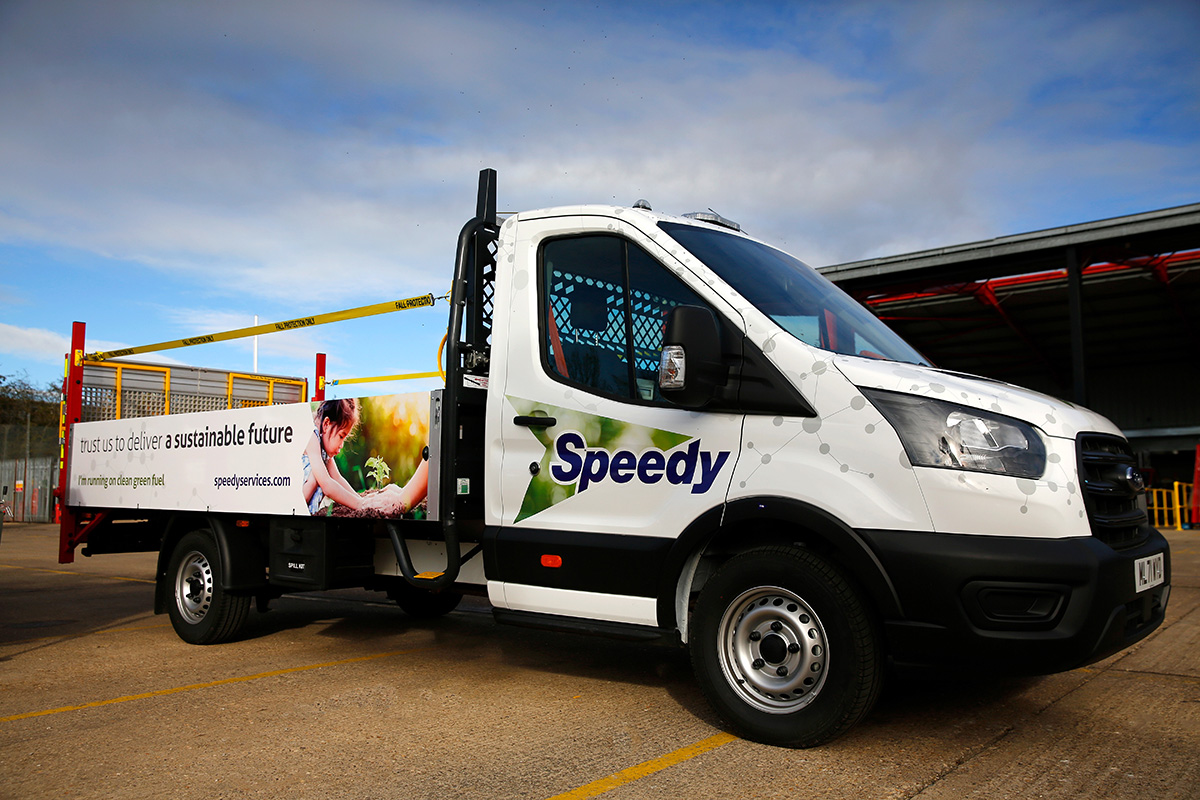 SPEEDY has announced the business is now fuelling its delivery fleet with hydrotreated vegetable oil (HVO) in a move tipped to save 5,000 tonnes of CO2e over the next 12 months.

The company said the switch will cover delivery vehicles, heavy goods vehicles (HGVs) and tankers at 21 of its largest locations, representing 92% of the company’s HGV fleet.

Speedy will use Green D+ enhanced HVO as its preferred fuel, which removes 11% of Nitrogen Oxide emissions and is said to be 20% lower in particulates than standard HVO, contributing to safer air quality.

The move represents the first major phase of the firm’s transition to a fully low carbon fleet by 2030.

Speedy is also reviewing how staff vehicles can refuel with HVO to help further reduce its overall emissions.

Mike DeRome, head of fuel at Speedy, explained, “We’re setting ambitious targets for reducing our environmental impact while simultaneously investing millions in low carbon equipment for contractors, as we set out to lead the way in decarbonising construction hire. Our fuel usage comprises the largest part of the business’ carbon footprint, making it a priority area for us to take action.

“Reducing emissions in our delivery fleet helps customers to make big gains in decarbonising their supply chain, reducing the overall carbon footprint of their projects. The switch to HVO fuel across our commercial fleet also helps the business to instantly reduce carbon emissions without wastefully retiring diesel powered assets early in favour of new vehicles, particularly while electric and hydrogen technologies continue to advance and mature.”

Speedy’s powered access division has already moved to refuelling all machinery with HVO as standard, with the power division set to make the switch before the end of the year.