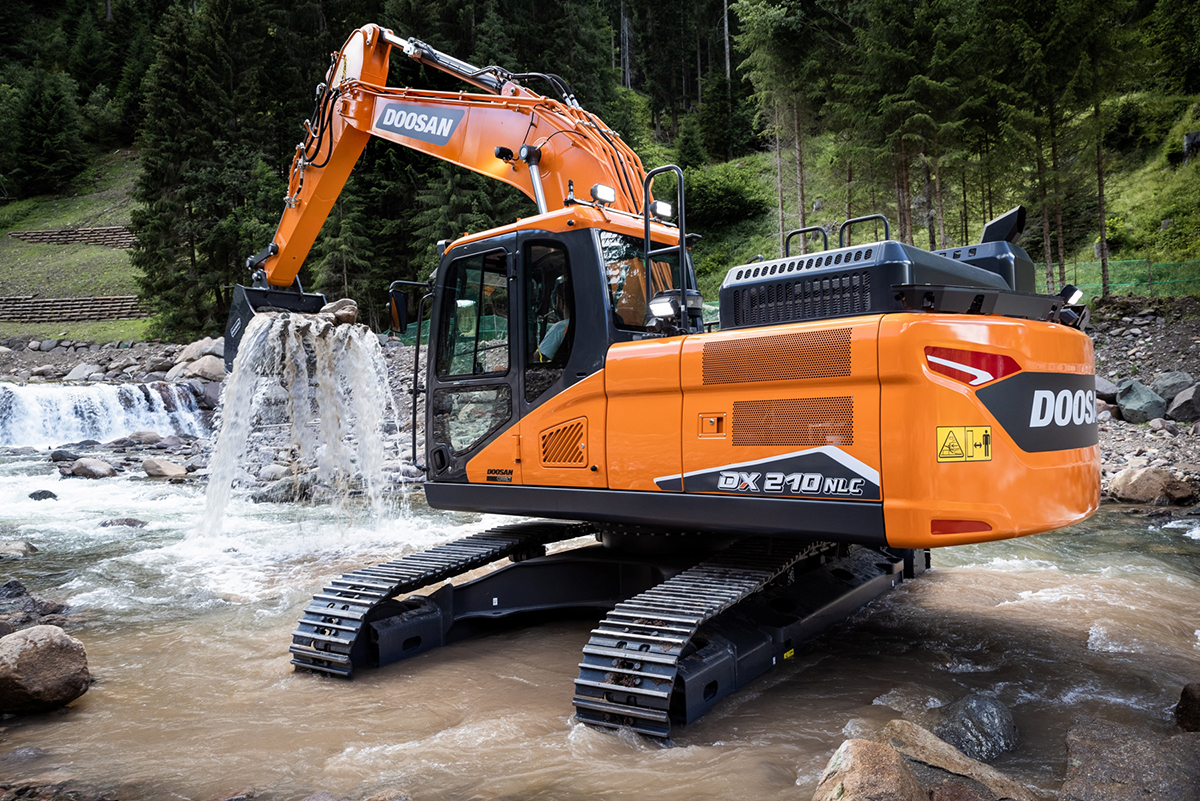 DOOSAN has announced the launch of the manufacturer’s first 21-tonne crawler excavators.

The new DX210-7 short track model is described as ‘ideal’ for use on soft ground surfaces where lower ground pressure is required, with Doosan highlighting it as a ‘compact unit offering advantages for working in confined spaces and for transportation’.

The DX210NLC-7 narrow track excavator, meanwhile, is aimed at countries such as Italy, where either regulations or customer preferences call for the narrow track configuration.

Doosan added that this is combined with ‘super-efficient’ DOC/DPF+SCR after-treatment technology to ensure ‘minimal’ emissions. Maintenance of the diesel particulate filter (DPF) has been reduced, with no maintenance required until the machine has operated for 8,000 hours.

The three new machines utilise the hydraulic system used on Doosan’s DX225LC-5 model. New features include a 4.7-tonne standard counterweight, particularly suited for working with heavier attachments such as tiltrotators. Doosan added that the heavier counterweight also contributes to high lifting and digging capacities. They incorporate as standard a new lifting eye that forms part of the casting for the push link for the bucket attachment at the end of the arm.

The excavators have a new smart hydraulic system that Doosan claims offers an improvement of around 30% in attachment work. The new system applies a smart hydraulic logic for optimal distribution of the hydraulic flow rate when both the arm and attachment are working simultaneously, with a new priority valve and additional hydraulic line maintaining continuous hydraulic flow to the attachment, even when the arm is being used.

Another standard feature is the Fine Swing function, designed to minimise the shaking that a lifted object undergoes at the start or stop of a swing movement, to increase the safety of workers and prevent damage caused by the object falling. When Fine Swing activates, the overrun disappears, allowing the excavators to reach maximum swing speed, whilst removing the shock from the turn reversal at the moment of stopping.