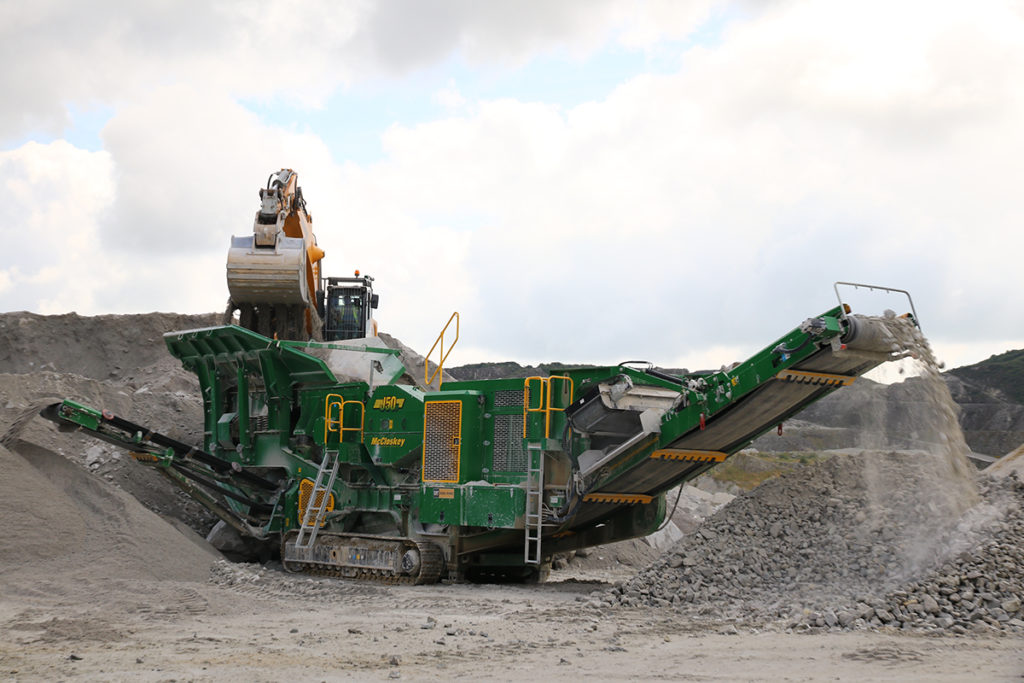 FIFTEEN McCloskey machines have helped Cornwall-based Brookland Sand and Aggregates deliver more than one million tonnes of product in a year for the first time in its trading history.

More than 40 separate products have been delivered at Littlejohns China Clay Pit, where the company takes vast quantities of granite, rock and sand, a by-product from the process of extracting Kaolin, from the quarry’s operators. The material is described as highly abrasive and varies greatly in size, ranging from fine sands to 25-tonne boulders.

Processing this material is a fleet including three J50H jaw crushers – with a fourth on the way – a C2 cone crusher and ten McCloskey screeners.

McCloskey said the J50 provides ‘class-leading throughput and capacity with the largest stockpile height’. When a fourth arrives this summer, Brookland Sand and Aggregates can increase overall productivity by a further 50%, with a target of 1.5 million tonnes of product delivered per annum in 2021/2022. 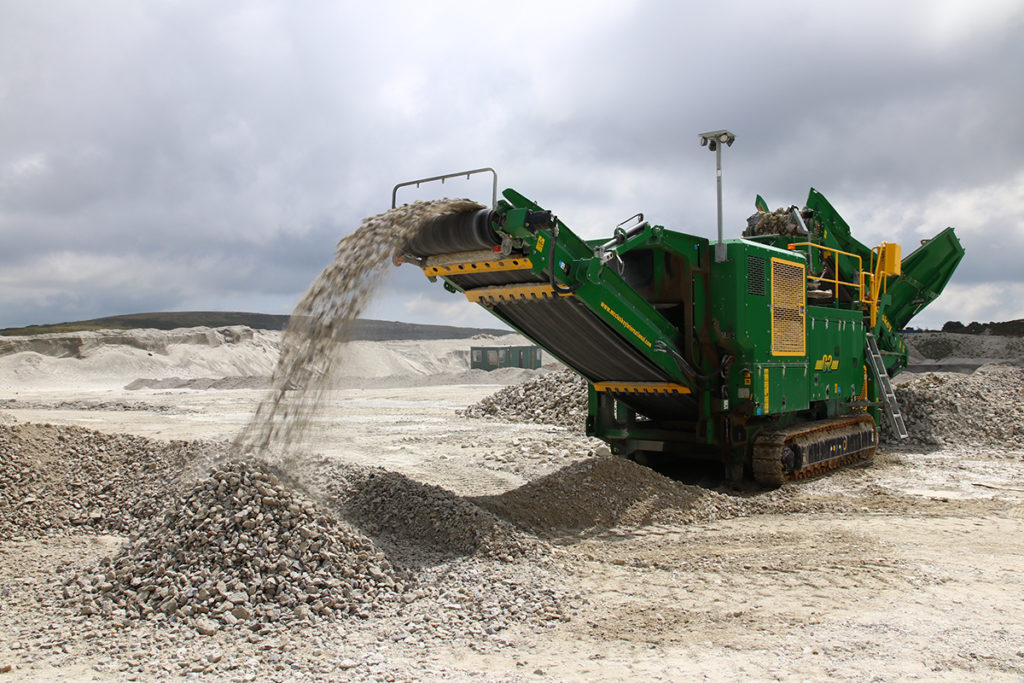 The ‘aggressive’ pre-screen is said to be what sets the machine apart. By separating the huge amounts of sands and fines ahead of the jaw, Brookland Sand and Aggregates is able to extract fines for processing with a single machine. This process also increases the longevity of the jaw by removing abrasives and producing a cleaner product from the main conveyor.

From here, material can be further processed by either a C2 cone crusher – one of the first of the new-generation McCloskey cone crushers to be delivered in the UK by McCloskey Equipment – or into one of 10 screeners on site, depending on the final product required. 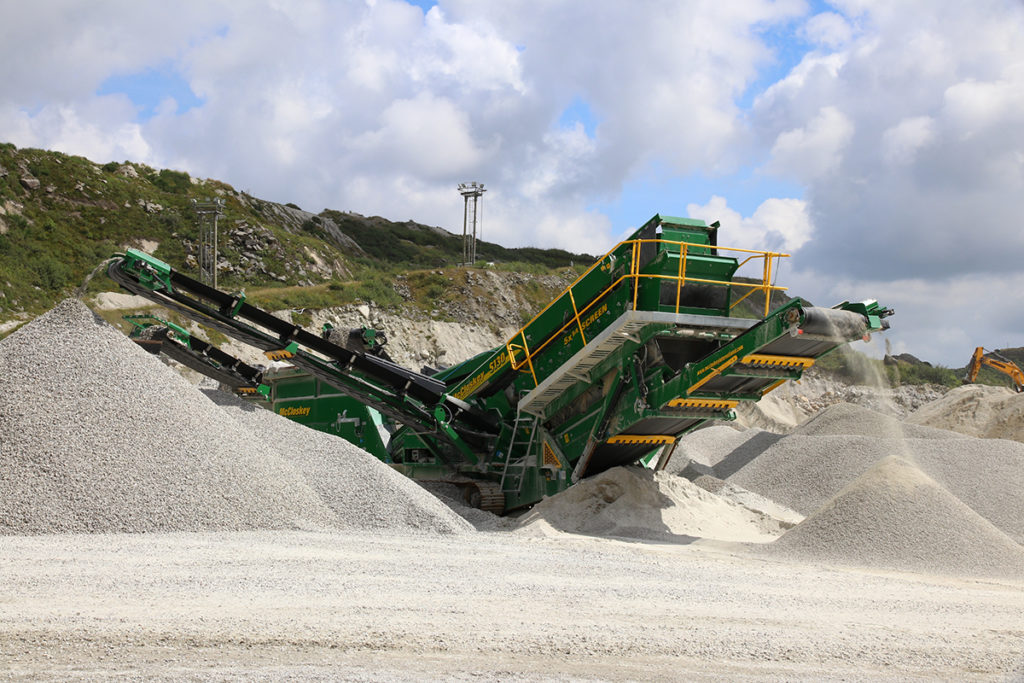 McCloskey revealed the S190 has proved to be one of Brookland Sand and Aggregates’ best performing machines. Until recently, the company was still using one of its original S190s, which had provided eleven years of service and processed more than two million tonnes of sand and gravel.

The main classifier on site is a McCloskey S250 track mobile screener, while completing the line-up are five McCloskey S130s, each with an individual role in the operation. Two machines support the S190s in the production of concrete sand, with the other three utilised to create single size aggregate, add lime to product or to reclaim stone from scalping operations. 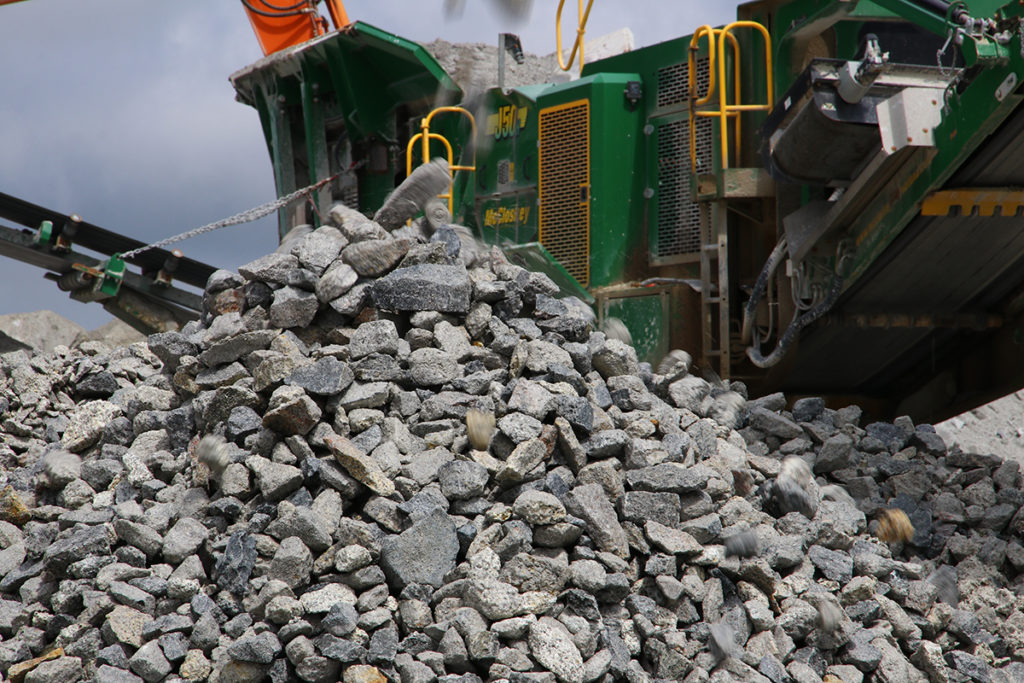 Marshall Cleave, director of Brookland Sand and Aggregates, said, “To reach one million tonnes of product in 12 months is an achievement, but to do it in the midst of a pandemic is incredible. At the heart of it are our McCloskey machines; they have consistently out-performed rivals producing clean, ready-to-use end products.”

Tim Watson, marketing manager, McCloskey Equipment, added, “We are delighted to hear of Brookland Sand and Aggregates’ milestone achievement and proud to have been an integral part of their success. When we delivered the first McCloskey machine in 2010, an S190, the business was operating at 250,000 tonnes per annum. That S190 was still in service until recently, supporting Brooklands Sand and Gravel’s growth for more than a decade. With their new J50 jaw crusher, they can continue this trend, turning what would otherwise be waste material into consistent, clean, shaped, saleable product that meets every standard and is utilised across the UK.”