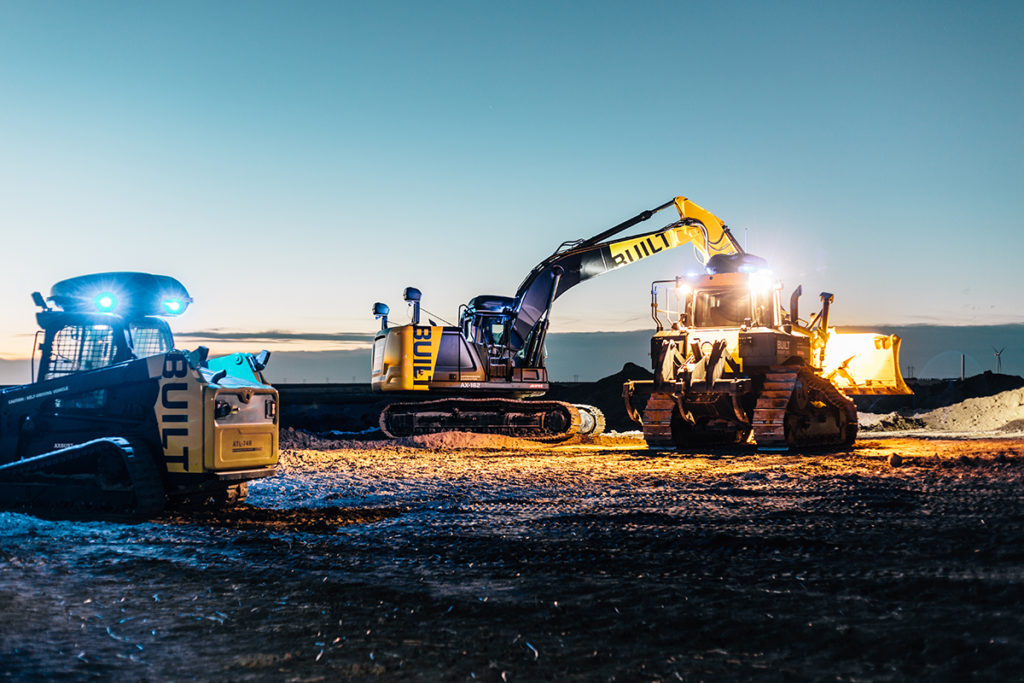 AN American firm that can transform ordinary construction machinery to be robotically controlled has told Project Plant that it is looking to break into the UK market.

San Francisco-based Built Robotics was co-founded in 2016 by Noah Ready-Campbell and Andrew Liang, as a means of boosting productivity and addressing the skills shortage in construction.

The firm revealed that its technology allows hydraulic machinery to be operated fully autonomously. Operators simply need to mark GPS points on the system, select the digging they require, mark the start and end points, and the machine gets to work.

“We have to come over to Scotland to see what the industry’s reaction is,” Erol Ahmed, director of communications at Built Robotics, said. “We’re dying to get out to the UK, but we’re taking it slowly – we like to get good partners and projects in each country.”

Currently, the business has a high uptake in America and Australia. The UK, Canada and Mexico are next on the agenda. Reputable construction companies such as Mortenson, which has an annual revenue of $5.05 billion, use the technology, as well as the International Union of Operating Engineers, which has a Caterpillar 336 excavator utilising the system at a base in Texas.

“We’re in a historic skilled worker shortage (situation) that, based on what we know, is not going to have a turnaround period. It’s going to remain for some time, and part of that is we’re not bringing enough young people in as well as the rising costs of construction, training and tools having shifted the balance,” Erol said.

“The construction industry is really hungry for this equipment. The great thing is that, once you have robots, you actually have bigger capacity to take on more work in your firm – instead of a person doing the mundane tasks, the robot can do it; the worker can work on higher level tasks, more interesting things, and also expand the work they take on.”

In the promo video for the technology, Built Robotics shows a construction worker setting up the system via an iPad – whilst his dog curiously sniffs around in the background. Not long after the machines get to work, the pooch saunters into the work area causing the plant equipment to grind to an immediate halt.

“These machines are dangerous; it’s no coincidence that mining, logging and construction have the highest accident rates,” Erol said. “We’re trying to design the safest system for field robots on the jobsite.

“The way we’ve designed our system is the robot is in its own work area and fenced off – people should not be in that area, and I think that’s a good way of doing it.  It helps remove the person as far away from the danger of the excavator, the trench and heavy equipment materials. There’s wireless emergency stops that can also be activated if the user is nearby.”

The system itself takes around a day to install, with Erol saying it can sometimes be done in a matter of hours depending on the machinery. He said that the firms already onboard ‘love’ the solution, with all of them buying into the vision and seeing the potential as technology advances.

“There’s a lot more to do,” he said. “There’s the level of autonomy that they use for self-driving cars and it doesn’t quite apply to construction equipment, but this system is sort of level 4. There’s still level 5, which is Jack of all trades, kind of fully self-thinking robots. Right now, the robot does a number of specific tasks really, really well and they’re programmed to do that – but they don’t have the dynamic problem thinking of a person yet.”