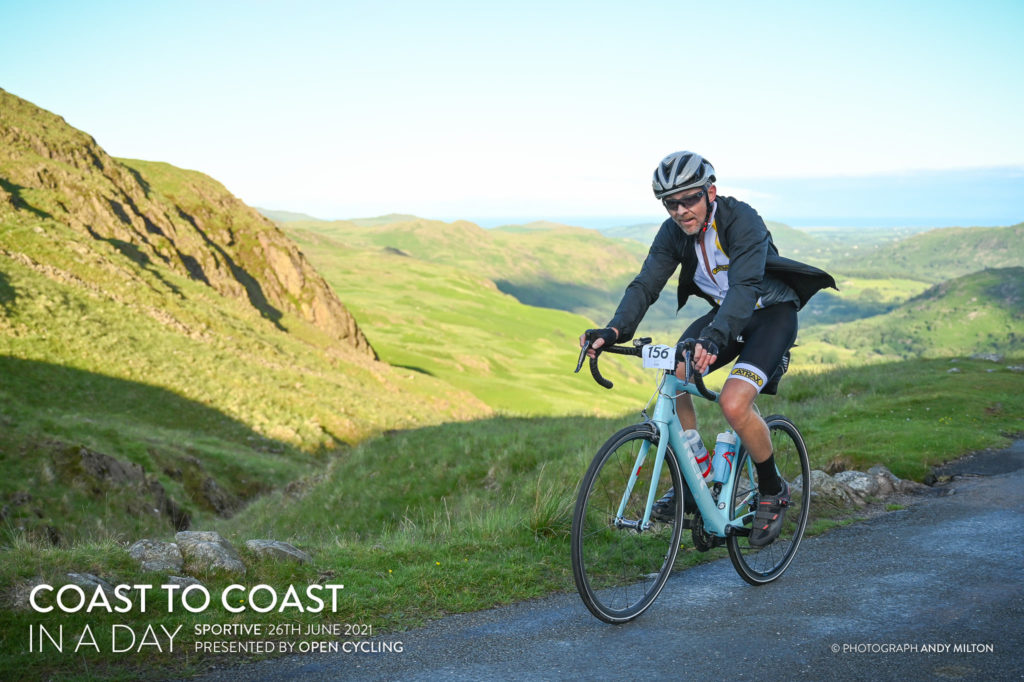 THE commercial manager of crawler undercarriage manufacturer A-Trax has cycled from England’s west to east coast in a single day to raise money for Parkinson’s UK.

Matt Cox completed the 150-mile journey in 11 hours, 59 mins and 43 seconds. He was taking part in an organised challenge called Coast to Coast in a Day. Starting in the village of Seascale in Cumbria, his journey took him through the Yorkshire Dales and North York Moors before finally finishing in Whitby.

Matt finished in the top 10% of riders, having navigated his way through a route featuring a total ascent of over 4,500 metres and one of the steepest roads in England – the infamous Hardknott Pass.

He raised £960 through his JustGiving page, a figure matched by A-Trax’s MD Shaun Edwards, bringing the total to £1,920.

Matt Cox said, “Parkinson’s has affected my close family and I knew is affecting the Edwards’ family, so it seemed a natural choice to choose Parkinson’s UK as my charity for this event. It’s been amazing to find out how many of my social media contacts are also affected by this horrible disease, either directly or indirectly, so raising funds and awareness can only be a good thing.

“I constantly like to test myself and there is nothing like the motivation that sponsorship brings, this was a pretty big challenge undertaken with less preparation than I would have liked. So to complete it in the top 10% and without any issues has given me a bit of over confidence. I just hope that feeling dissipates before I sign up for something really stupid!”