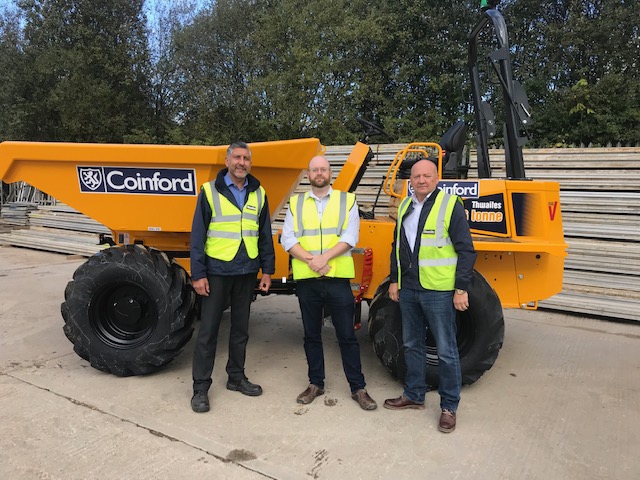 A family contractor has placed its largest ever order for Thwaites dumpers – snapping up 40 machines ranging from three to nine tonnes.

Groundworks and concrete frame contractor Coinford, based in Surrey, operates a plant fleet of over 450 machines.

Coinford director Lee Burlton described the company’s fleet expansion as a ‘strategic decision’ to lower hired in cost and reflects confidence in the market.

“We optimise our fleet from market leading construction equipment manufacturers which supports improved utilisation,” he added. “We employ a team of fully trained and experienced engineers who maintain the fleet which further reduces operating cost, most certainly in the case of Thwaites we benefit from the best possible residuals, when it’s time to trade.”

The deal was facilitated via Thwaites distributor Jim Dicker Plant Sales. Jim said, “Family companies have the same ethos; they understand business and whilst price is an ever-important factor quality and service counts. I have an established relationship with Coinford that began some 20 years ago.”

Paul Rodwell, Thwaites distributor manager (south), added, “This was a great deal to work with Jim Dicker and Coinford on. 40 machines is the largest dumper deal between the businesses which I am extremely grateful and thankful for.”