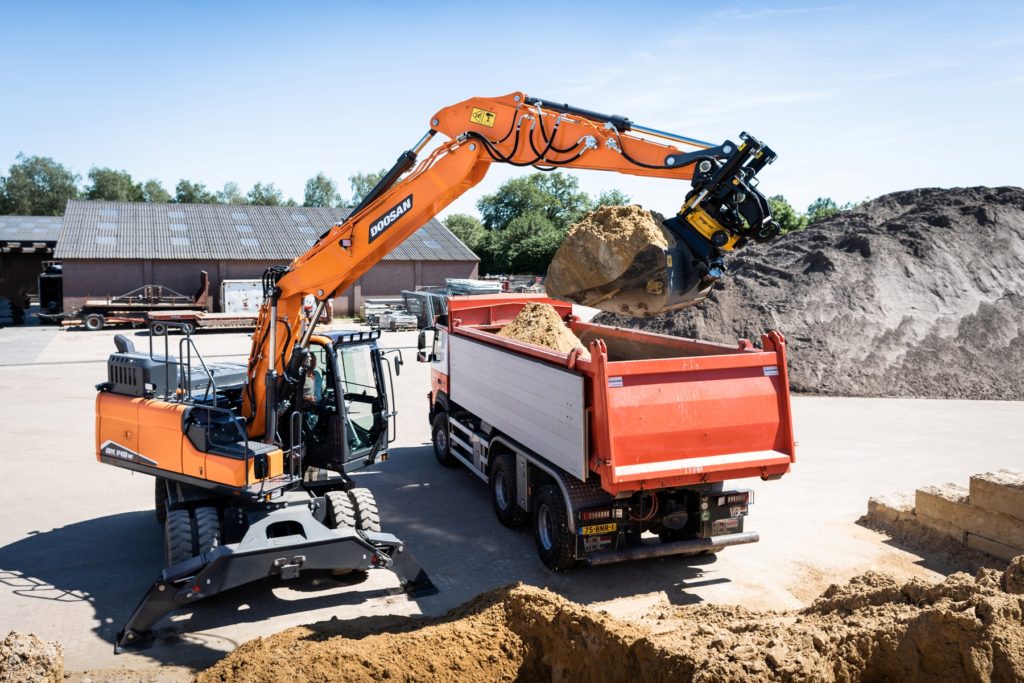 DOOSAN has announced the launch of two new Stage V wheeled excavators in the form of the DX140W-7 and DX160W-7 models.

The manufacturer said the new machines provide ‘significantly higher performance’ in every area when compared with the previous generation Stage IV offerings.

Joystick steering is a new option, as is the Load Isolation System (LIS), which mitigates the impact transmitted to the front of the machine when driving off road on uneven and tough terrain. 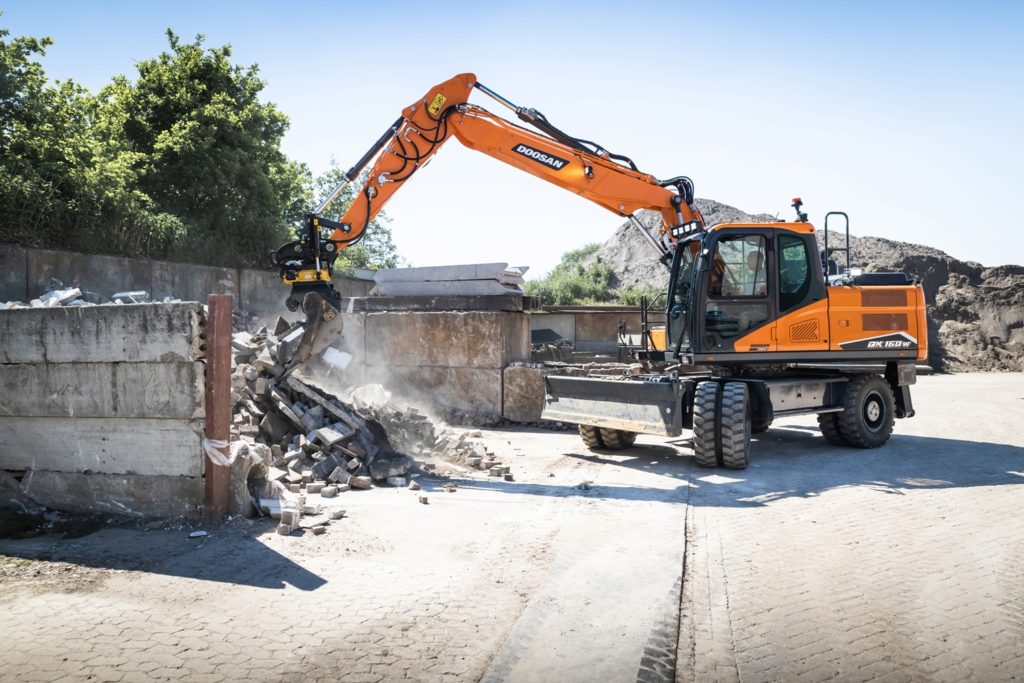 A new tiltrotator mode can be selected, while a standard new feature is the fine swing function which Doosan explained minimises the shaking that a lifted object undergoes at the start or stop of a swing movement with the excavator.

The cab features a ‘deluxe’ steering wheel with chrome plated spoke and logo. The steering column also has a new design including an 80 mm telescopic function, which allows the operator to bring the wheel closer to them. There is also a new tilting lever, providing a 15-degree tilt towards the operator, to increase visibility over the top of the steering wheel.

To accommodate the heavier counterweights, the DX140W-7 features the more heavy duty ZF3060 axle, also used on the DX160W-7.

Both machines have a new smart hydraulic system, which applies a smart hydraulic logic for optimal distribution of the hydraulic flow rate when both the arm and attachment are working simultaneously.