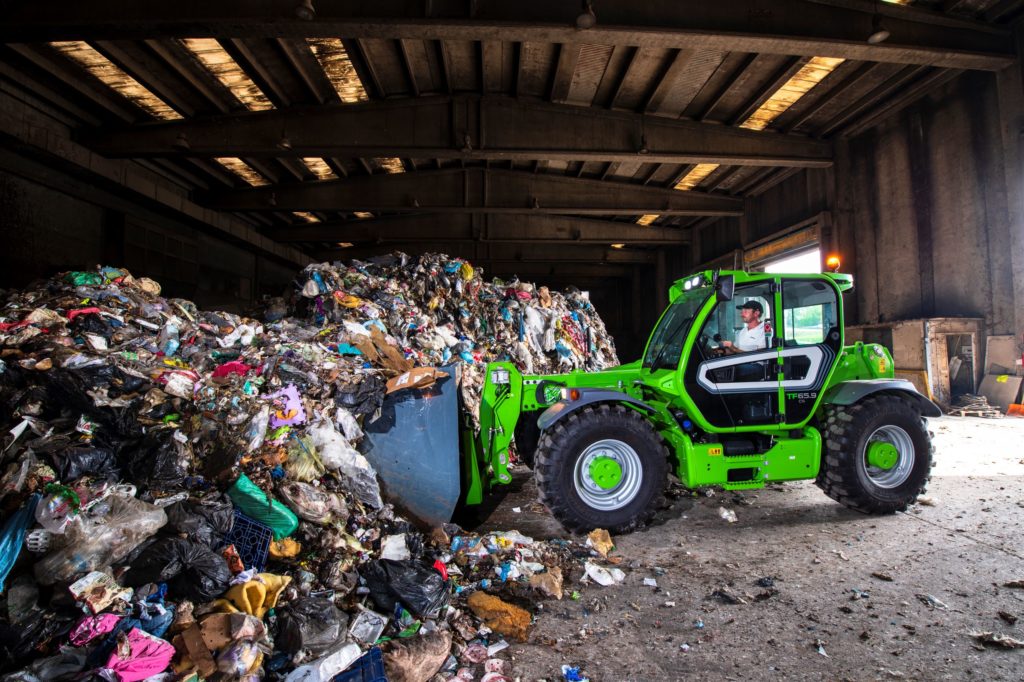 MERLO has introduced the new TF65.9TCS170-HF telehandler to its heavy duty range.

The model is described as being well suited for projects which involve handling a high volume of materials in the large scale agricultural, aggregate, renewable energy, timber and waste sectors.

Fitted with a 4-cylinder, 4.5-litre FPT turbo diesel engine producing a maximum of 170hp, Merlo said operators can be sure of having sufficient power for the most demanding of tasks. The Stage V engine features both Diesel Particulate Filter technology and a Selective Catalytic Reduction system.

The Merlo hydrostatic transmission is fitted as standard along with the EPD TOP (Eco Power Drive) electronic transmission control. This allows operators to select to automatic engine response whilst using the hydraulic functions.

It is also possible to activate the Eco and Speed Control functions to maximise ease of use and overall performance, whilst minimising fuel consumption. A maximum transport speed of 40km/h is standard.

The new TF65.9 is also equipped with the ASCS (Adaptive Stability Control System).

An in-cab 10.1’’ LCD colour screen displays the load dynamic and capacity chart, which is updated in real time. The information includes the load being lifted, attachment in use and the machine stability index.

The model can be specified with the MCVTronic CVT transmission. This increases the torque at the wheels at low speeds, for maximum pushing power, whilst optimising efficiency at higher speeds such as those used for transport.

The cab is modular type construction with an overall internal width of 1,010mm. The patented CS cab suspension is fitted as standard, while the Merlo pioneered hydro-pneumatic cab suspension system is described as maximising comfort for the operator by reducing vibration, shock loads and fatigue.