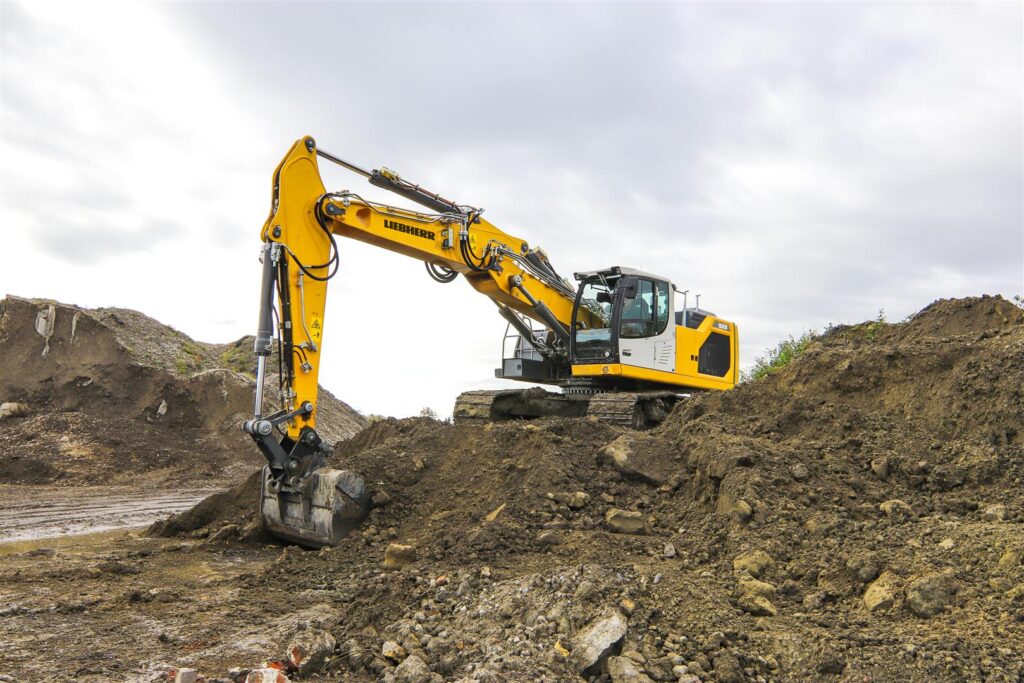 LIEBHERR has unveiled the latest addition to its Generation 8 family in the shape of the R 928 crawler excavator.

Positioned between the R 926 and the R 930, the new model is said to complement the current Generation 8 series, which already includes seven models with a gross vehicle weight of 22 to 45 tonnes.

Liebherr revealed the R 928 is characterised by ‘high drawbar pull, excellent load-bearing capacity and a large bucket’. Its optimised weight is said to make it easier to solve earlier transport problems.

Generation 8 develops higher tear and breakout forces compared to the previous generation. The torque of the superstructure has also been increased, while the X-form undercarriages are described as ensuring greater stability. The automatic central lubrication provides a longer service life of the parts and improves productivity.

A further feature is the air conditioned cab. There is a fully retractable front window, a pneumatic seat with vertical and longitudinal damping and a high-resolution touchscreen. LED technology reduces power consumption and improves lighting quality, while visibility is boosted by rear and side surveillance cameras.