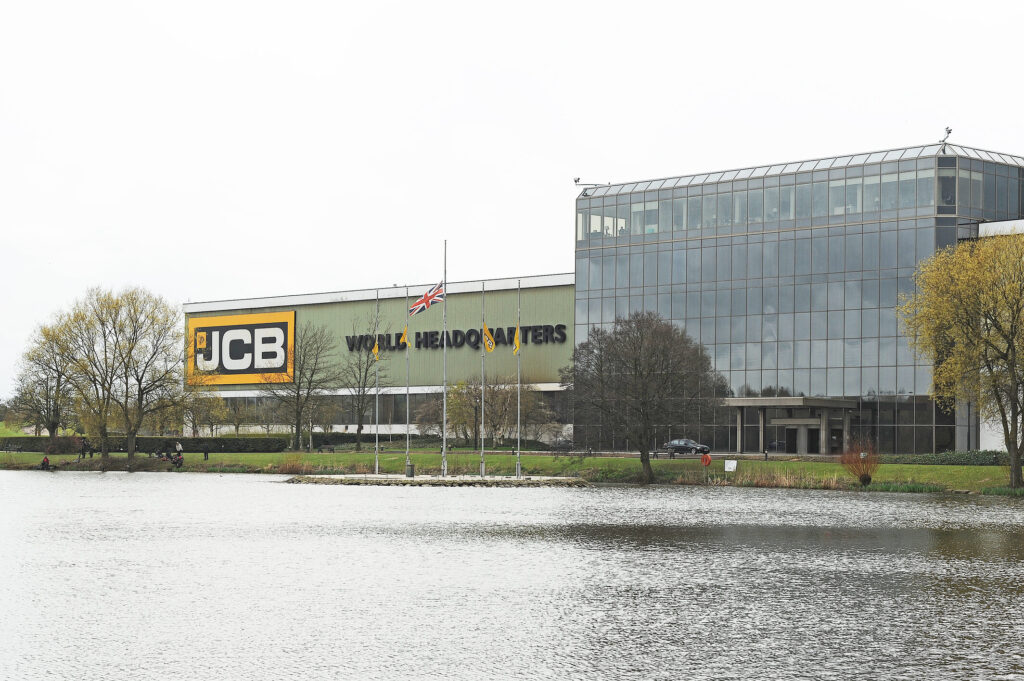 FLAGS at JCB factories around the world are being flown at half-mast in honour of the Duke of Edinburgh, following his death at the age of 99.

He said, “I am enormously saddened to learn of the death of HRH Prince Philip and I extend my deepest condolences to The Queen and the Royal Family. We had the pleasure of welcoming Prince Philip to JCB on three occasions over the past 40 years, most recently in 1998 when he officially opened the new JCB Transmissions factory in Wrexham.  He has been a tremendous ambassador for this country, for business and for engineering in particular.”

Prince Philip first visited JCB at the World HQ in Rocester in July 1981, when he presented a Queen’s Award for Export Achievement to JCB Service. The Award was received by Anthony Bamford. During the visit, he was introduced to JCB founder, Joseph Cyril Bamford, on a tour of the factory when he also met scores of employees. He also climbed into the cab of the latest 3CX backhoe loader for a close-up look of the latest machine technology.

In December 1995, The Queen and The Duke of Edinburgh were welcomed to the World HQ for a special visit to mark JCB’s 50th birthday. JCB described it as the highlight of a year of celebrations, with the Royal couple spending over two hours touring the factory and offices. The visit concluded with a celebration lunch for 200 people including employees and customers who had been key to JCB’s success over the prior half century. During the visit, The Queen officially opened a replica of the original garage in which JCB was founded on October 23rd, 1945.

In 1998, during Prince Philip’s visit to officially open the new £20 million JCB Transmissions factory in Wrexham, he toured the plant and started the first manufacturing machine at the 230,000 sq. ft. facility. During a shop floor tour, he also met employees, including many who had joined JCB Transmissions when the business opened in 1978.