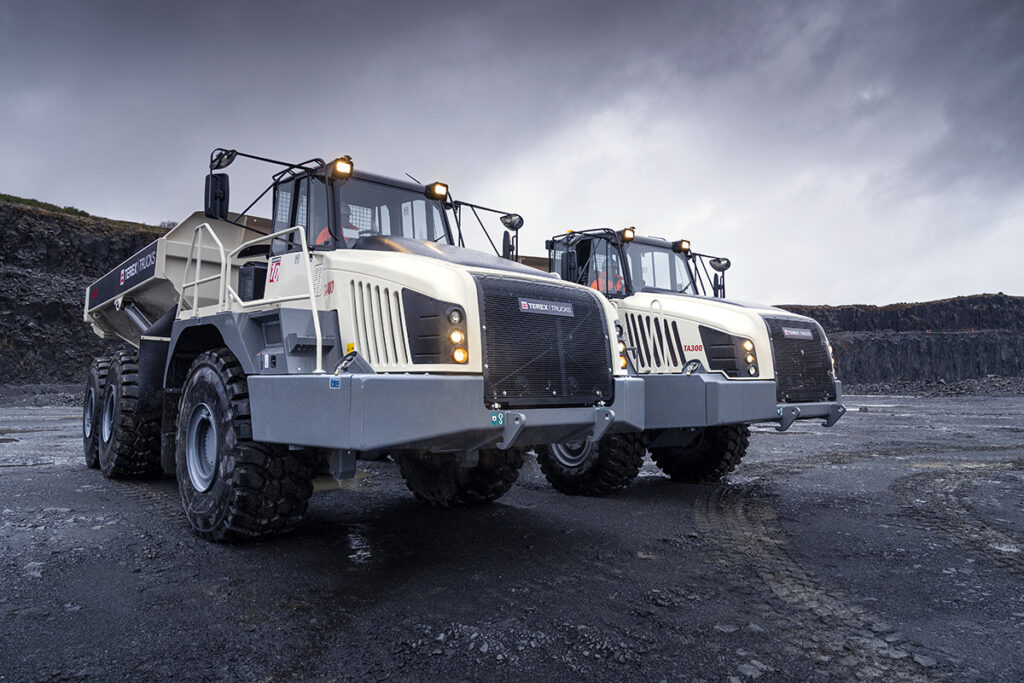 MOTHERWELL-based Terex Trucks has revealed it is bringing its new Stage V TA300 and TA400 articulated haulers to the Hillhead Digital exhibition at the end of March.

Both haulers are said to boast a reduction of up to 7% in fuel consumption when compared to the Stage IV engine. Equipped with a Variable Geometry Turbo (VGT), Terex Trucks added that the new Stage V engine allows for ‘faster response’ at all engine speeds and an ‘efficient combustion performance’.

Kenny Price, regional sales manager for EMEA at Terex Trucks, said, “Introducing the Stage V compliant engine for the TA300 and TA400 is part of our focus on delivering efficient, productive, high-quality and durable articulated haulers, while keeping the total cost of ownership down. We’re excited about presenting the new Stage V haulers to customers at Hillhead Digital.”

The first Stage V TA300 and TA400 machines will be delivered to customers in Europe from March. The new engines are linked to Terex Trucks’ Haul Track telematics system.