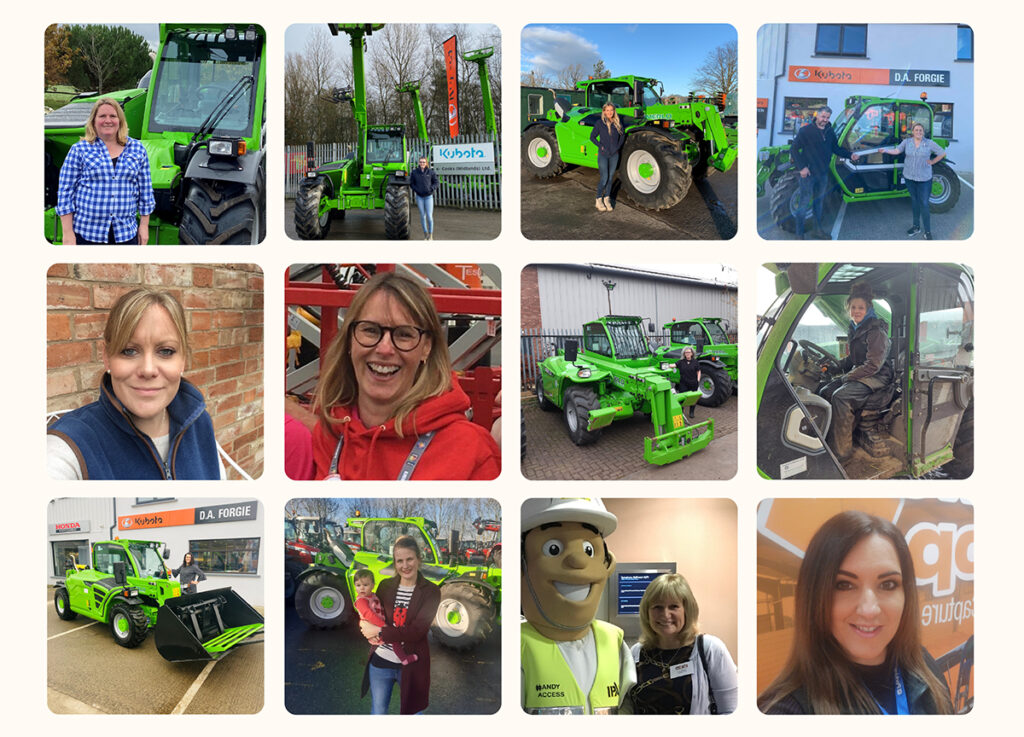 MERLO UK’s marketing coordinator Emily Traverse is spearheading a new campaign designed to raise the profile of women working in the construction and agricultural industries and help attract a more diverse workforce.

For the whole of this year, on the third Friday of each month, Merlo will profile a woman working in one of these sectors after highlighting information from DEFRA (Department for Environment, Food and Rural Affairs), which estimates that women make up only 28% of the British agriculture workforce, and the Women in Construction Summit, which suggested women only comprise 11% of the 2.1 million people employed in the construction industry.

The campaign will feature 12 different women over the course of the year, who will discuss on Merlo’s social media channels what their job entails and the types of challenges they have faced and overcome as a result of being a woman in such male-dominated industries. The hope is that more young women and girls will be encouraged to consider careers in the sectors once they realise the sort of opportunities available.

Emily told Project Plant, “When I joined Merlo UK in early 2018 I had no prior knowledge of either agriculture or the construction industry. I studied media, philosophy and ethics and sociology at school and have grown up in a family who have worked in retail and hospitality. I had never considered pursuing a career in either industry, but growing up in the countryside gave me an understanding of how important agriculture was for the economy.

“I have learnt a lot about both industries in the nearly three years I have worked for Merlo UK. I now appreciate both industries much better than before, however, the one aspect I have noted about both industries is that they are mostly dominated by men, with very few women opting for a career in either industry. Whether this is to do with education, societal impacts or lack of women in positions of responsibility, whatever it might be there definitely needs to be more education regarding the importance and availability of women’s roles in agriculture and construction.

“The Merlo UK Women in Agriculture and Construction campaign features 12 amazing women, ranging from a dairy farmer in Shropshire to a director of a Merlo UK dealership in Surrey. We plan to highlight the role of each inspiring woman, how they started their career, what influenced them to do so and any challenges they have faced by being a woman in the industry – furthermore exploring how they overcame those challenges.

“Coming from a background that isn’t agriculture or construction focused, but being a young woman of 22 years of age, I wish that there could be more encouragement from society and education to know that being a woman doesn’t prevent you from pursuing a career in a male dominated industry. Just to know that there are so many women out in the industry doing an incredible job that isn’t defined by their gender makes me incredibly proud of this campaign.

“I would like to thank all the women who have agreed to take part in this campaign. This important first step is helping to engage and educate with young women and girls, underlining the important part women’s roles play in agriculture and construction.”