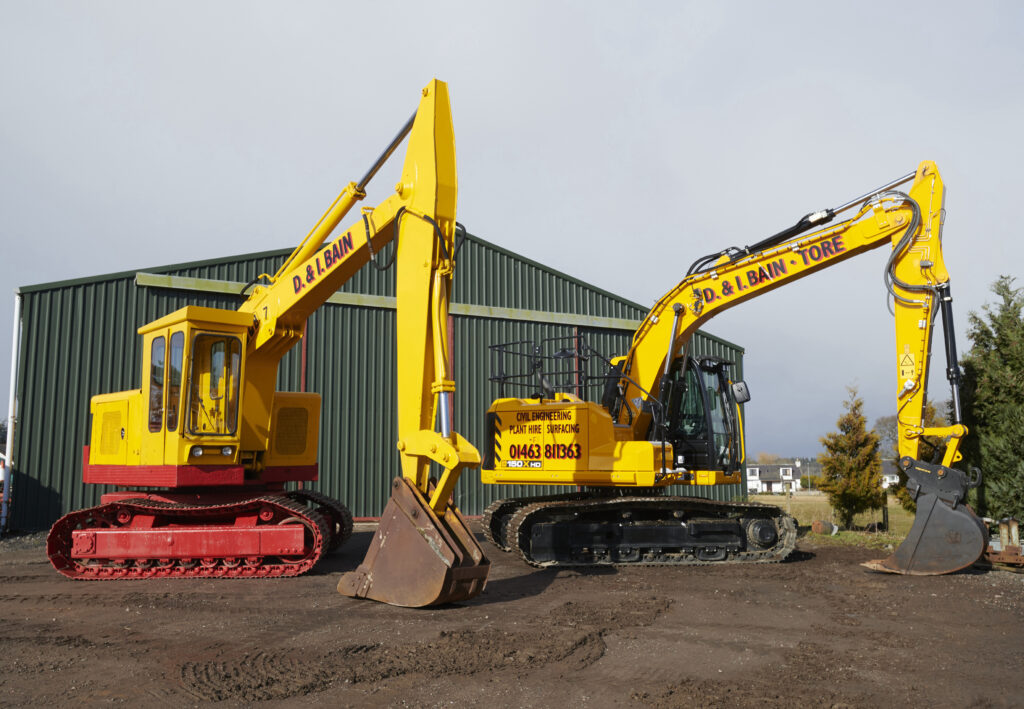 MUIR of Ord-based contractor and plant hire firm D & I Bain has snapped up a new JCB 150X HD – further cementing a relationship which spans more than 56 years.

The classic JCB 7 model was purchased at auction before being restored and placed on display at D & I Bain’s HQ. JCB said it is believed to be one of just seven models still in existence worldwide and features sealed for life track rollers, cab safety glass and speed options of 1 or 2.25 mph. The machine, which is estimated to have clocked more than 10,000 hours, can be demonstrated in full working order.

The latest X Series model was supplied by Scot JCB and is being used on a range of forestry and roadworks projects for local councils.

D & I Bain director Garry Bain said, “We wanted something heavier and ‘beefier’ than a 13-tonne machine but not as big as the 220X. The hydraulics in the 150X HD are very smooth. The cab is very well laid out and it’s very comfortable to operate. JCB machines fit the bill for us perfectly. They’re built in the UK, our local dealer is ten minutes down the road and they perform excellently on our type of work.”

JCB said features of the 150X include a wider operator cab, in cab noise reductions of up to 68%, and ‘modern styling with durable strike points’ to reduce total ownership cost.

D & I Bain was founded in the early 1960s by father and son team David and Ian Bain.