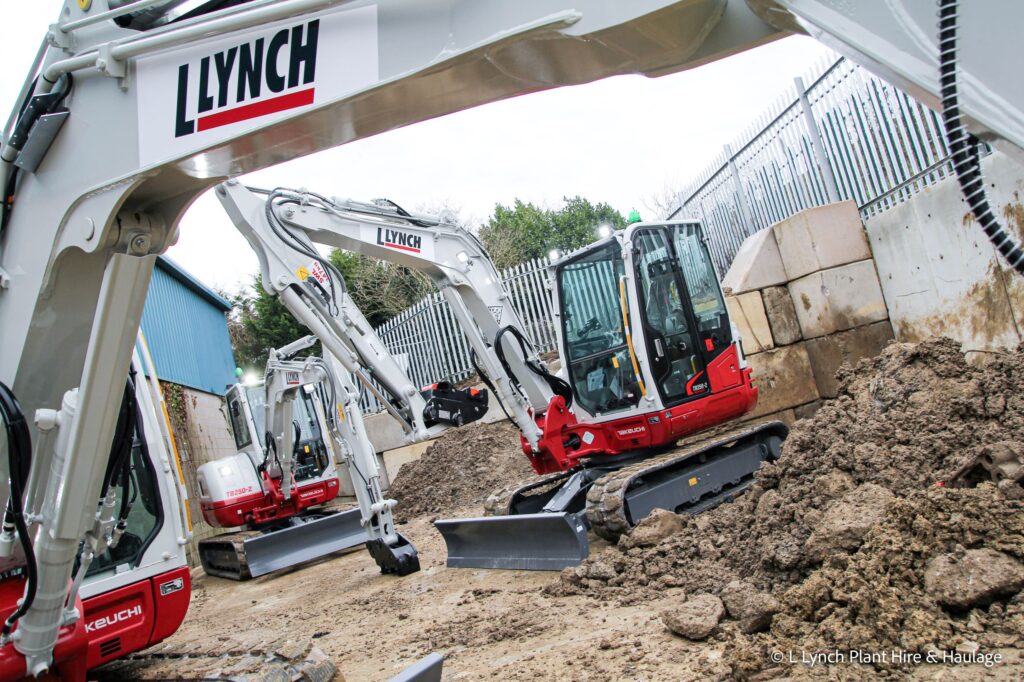 GKD Technologies has been supplying Lynch with height and slew restrictor systems for the past three-and-a-half years. Lynch recently expanded its hire fleet with five Takeuchi TB250-2 models, which have all been equipped with 2RCi height, slew and load rated capacity indicators.

The height and slew limiters means these excavators meet Highways England’s safety standards for plant machinery operating near live traffic lanes. The 2RCi also has the option of ‘envelope control’, which is the facility for parallel or multi-point virtual walls, combined with integrated height control.

Features of the GKD 2RCi include key switches that allow supervisors to set and lock limits, as well as the facility to allow an RCI system to be switched off when not required. The system provides data logging of all actions and activities with integrated diagnostics.

The new Lynch Takeuchi mini excavators are already out on hire on the M1 improvement project, assisting in motorway upgrade work.