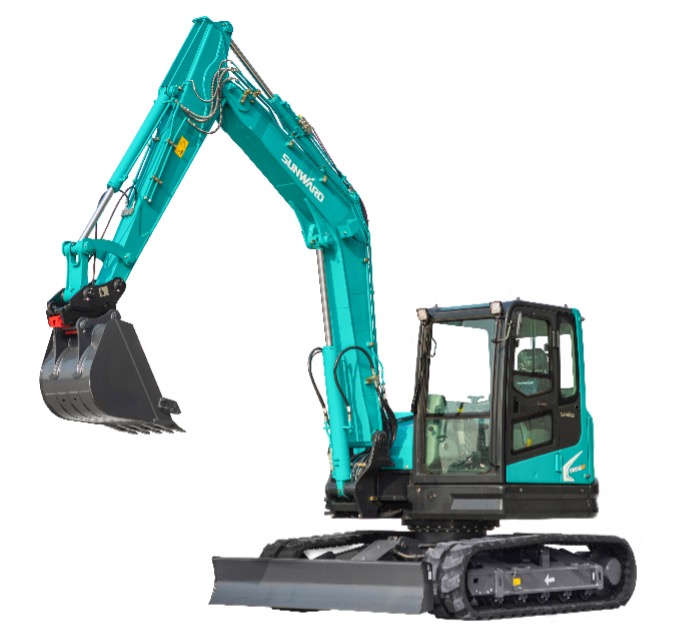 MACHINERY specialist Sunward has its sights set on further growth in the UK market and is looking to strengthen its dealer network in Scotland.

Sunward was founded in China in 1999. Two years later, the business created one of the first small excavators in China and, in 2009, unveiled what it described as the world’s first intelligent excavator along with the first hybrid excavator in China. Today, Sunward boasts over 200 products and generated an annual turnover of nearly $1 billion in 2019.

The manufacturer said its motto ‘Innovation Leads to Value’ encapsulates the company’s commitment to ‘revolutionising’ machinery used across the heavy equipment industry. The firm has 22 R&D centres, with over 1,000 patents registered.

Sunward employs over 5,500 people globally. 12 subsidiaries have been created around the world as well as offices in Italy, Vietnam, Iran, Myanmar and Bangladesh. The business exports its products to over 100 countries and revealed that it stays close to its distribution network with feedback from local dealers enhancing engineering and design innovations.

Sunward has identified Europe as playing a ‘strategic role’ in the company’s expansion plans. The manufacturer started activities in Europe in the early 2000s, and the decision to penetrate the market ‘vigorously’ was taken in 2015 with the opening of the company’s European branch in Beringen, Belgium. Arnaud Berthier was last year appointed CEO of Sunward Europe. He has enhanced his team with local experts in departments such as sales, service support, parts, administration and marketing.

Today, Sunward covers all of Europe with over 80 partners in 30 countries – and the intention is to double this by 2022. From its European HQ, Sunward Europe provides machines and spare parts and revealed it has the ability to customise machines, fitting necessary attachments and options including tiltrotators, lubrication systems and telematics systems.

Sunward’s excavator offering ranges from 0.8t mini diggers through to 21t machines. The firm explained its mini and compact excavators are optimised to work in smaller spaces, with many boasting zero tail swing, and on complicated sites, without compromising on comfort. All models in the mini and compact range feature Yanmar engines, with the exception of the SWE35UF and SWE60UF, which feature Kubota engines.

One of the latest products is the SWE 90UF – Sunward’s first short-tail 9t excavator, which the manufacturer explained has been developed for the European market with its compact design and heavy-duty performance. Key components include a Yanmar Stage V engine and Bosch RexRoth hydraulic system. The SWE 90UF has a digging force of 38 kN (arm) and almost 63.5 kN (bucket). The machine has a 7.5m long reach and lifting capacities up to 4,749kg and stretched reach up to 7,445mm.

Sunward crawler cranes boast a combination of heavy-duty telescopic booms mounted on an undercarriage with a set of crawlers with compact dimensions. These crawler cranes are said to be ‘perfect’ for heavy lifting work with little set-up and the ability to travel with a heavy load. Sunward has two models on offer in Europe – the SWTC5D and the SWTC10 – with Yanmar and Cummins engines, respectively. Both models meet European Stage V emission standards. High-level specifications and compactness allow Sunward hydraulic cranes to be used in sectors such as electric power facility construction, bridge construction and the petrochemical industry.

Sunward became one of the first companies in China to develop rotary drilling rigs and Sunward Europe is already selling them in Turkey and Israel, with the company poised to enter the western and eastern European markets from mid-2021 thanks to a new range of Stage V-compliant models.

•If you are interested in becoming a Sunward dealer in Scotland, contact Tom Armstrong by phone (07960 502 468) or email armstrong.tom@sunward.cc