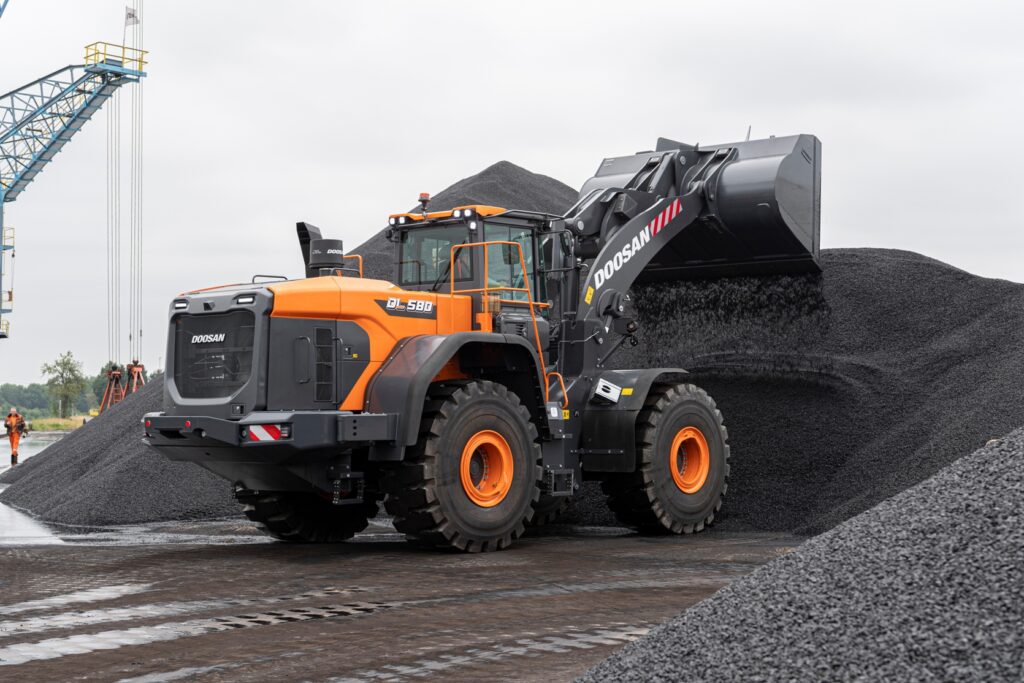 DOOSAN has revealed plans to unveil a number of new products at the Hillhead Digital event at the end of March.

The DL-7 wheel loader, DX-7 crawler excavator and ADT ranges will feature in the manufacturer’s line-up.

The new cab offers improved vision, with blind spots around the cab ‘minimised’ and a 14% larger glass window area compared to the DL-5 models. Inside the cab, the DL-7 loaders boast an ‘enhanced’ steering system and ‘advanced’ electronic controls. Operators can start the machine using a keyless device with the Smart Key system providing functions such as remote door control, door lock and unlock, and door release.

Among the Doosan crawler excavators making their debut at Hillhead Digital is the 80 tonne DX800LC-7, the manufacturer’s largest ever digger. The machine is powered by the new stage V version of the Perkins 2506J diesel engine, providing a high power output of 403 kW (548 HP). Standard features include the 360° around view monitoring system,  LED lights and the SKF Auto Greasing System.

Operators can switch between two modes – Boom or Swing – to best match how they are using the machine to the application they are working on. Doosan added that faster working speeds are ‘ensured’ by the 2-spool Boom Down Regeneration system, which also reduces fuel consumption. The 2-spool hydraulic system for the bucket cylinder increases hydraulic flow and the working speed of the bucket. The DX800LC-7 also has a boom/arm cylinder lock valve for increased safety. 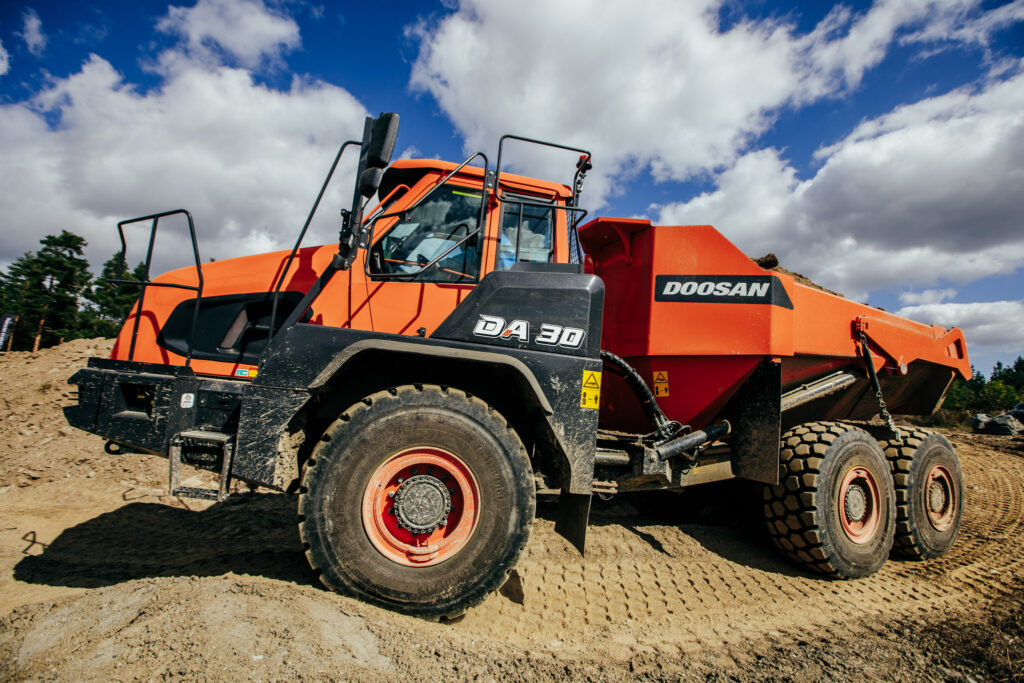 Both ADTs have features including a new cab and a self-levelling front suspension that adjusts itself independently depending on operating conditions. Doosan said there are ‘striking’ visual changes and a number of functional changes including a new positioning of the diesel and AdBlue tanks. The latter are much lower than before, allowing the operator to fill both tanks whilst standing next to the machine.

The new ADTs are equipped as standard with a real-time payload measuring system, while the greasing system has been relocated to make it easily accessible from ground level.