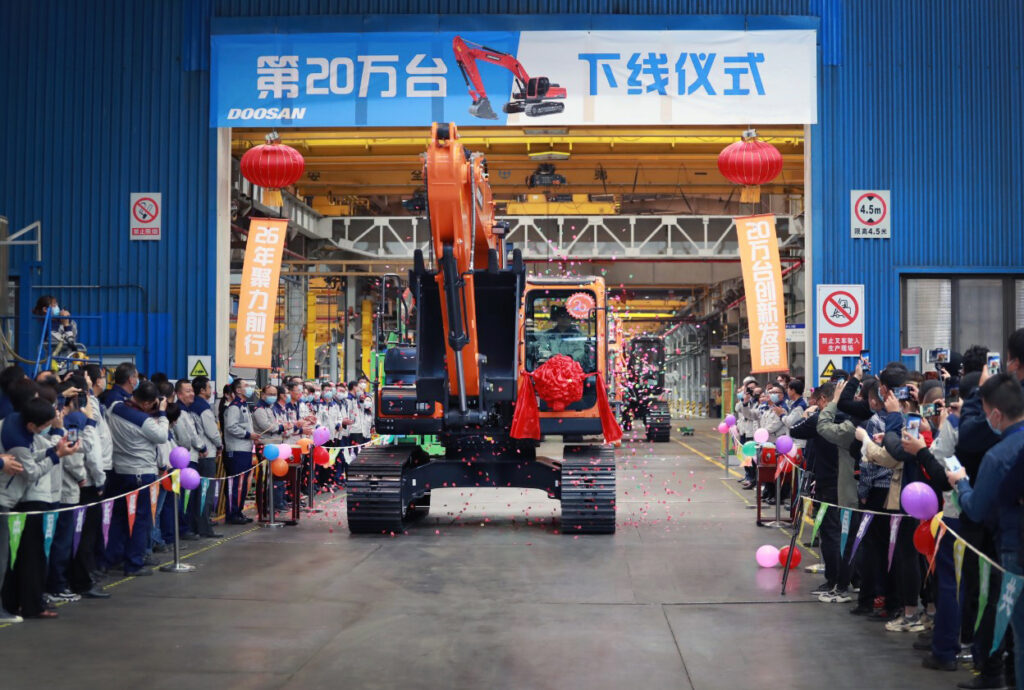 DOOSAN Infracore has revealed the business has surpassed the 200,000 unit mark in the production of excavators in China.

To mark the milestone, Doosan Infracore China invited employees, dealers and customers to its Yantai plant and held a ceremony, which was broadcast live online, featuring the handover of the 200,000th excavator to a customer.

Doosan Infracore completed its plant in Yantai in 1996 and passed the 5,000 mark in cumulative production in 2001. The 10,000 unit mark was reached in the mid-2000s, while its annual output exceeded 20,000 units in 2010. Doosan said it is the first MNC (Multinational Corporation) operating in China to achieve the cumulative production figure of 200,000 units.

In line with the growth of the Chinese market, Doosan has continued to release new products and equipment customised to the requirements of Chinese clients. A new 6t wheeled excavator was launched last year, while the firm has conducted online service training for a total of 7,300 agents based at dealerships across the country.

Since 2001, Doosan has participated in ‘Project Hope’, which aims to provide academic support and improve the educational environment for young people in underdeveloped areas of the country. It is currently promoting the construction of 37 Doosan Hope Elementary Schools.

An executive from Doosan Infracore said, “Doosan Infracore China, having grown into an energetic 26-year-old, was able to achieve the 200,000 unit record in line with the growth of the Chinese excavator market. We will do our best to increase our customers’ satisfaction and reinforce our position as the market leader by supplying unrivalled products and services optimized for the Chinese market.”