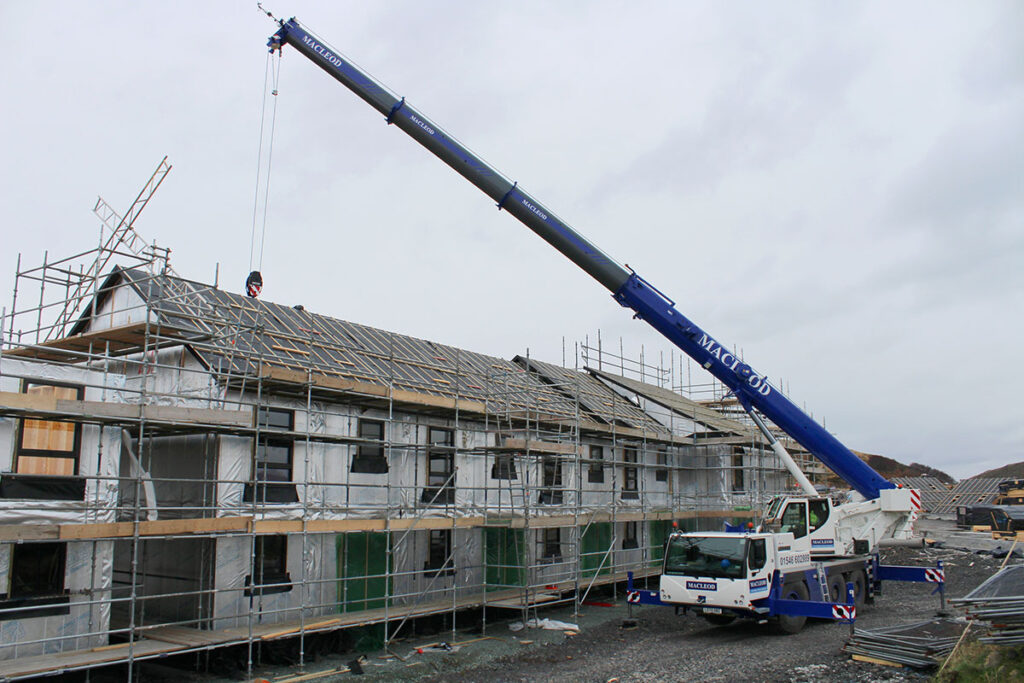 LOCHGILPHEAD-based MacLeod Construction has snapped up a 50-tonne Liebherr LTM 1050-3.1 to replace an eight-year-old crane in its fleet.

The firm operates predominantly in the housebuilding industry but also owns two quarries and takes on projects in a range of sectors including education, healthcare, commercial and industrial.

MacLeod Construction, which was founded by twin brothers Kenny and the late Murdo MacLeod in 1975, has a timber frame manufacturing facility and runs its own trade services divisions.

To satisfy a range of lifting requirements, the business chose the LTM 1050-3.1, which Liebherr said combines the necessary capacity with the ability to be deployed quickly between sites. When driven on public roads, it can carry all of its ballast as well as double folding jib.

The crane has already been put to work on MacLeod’s biggest social housing project to date – the delivery of 300 homes in the village of Dunbeg, near Oban in Argyll and Bute.