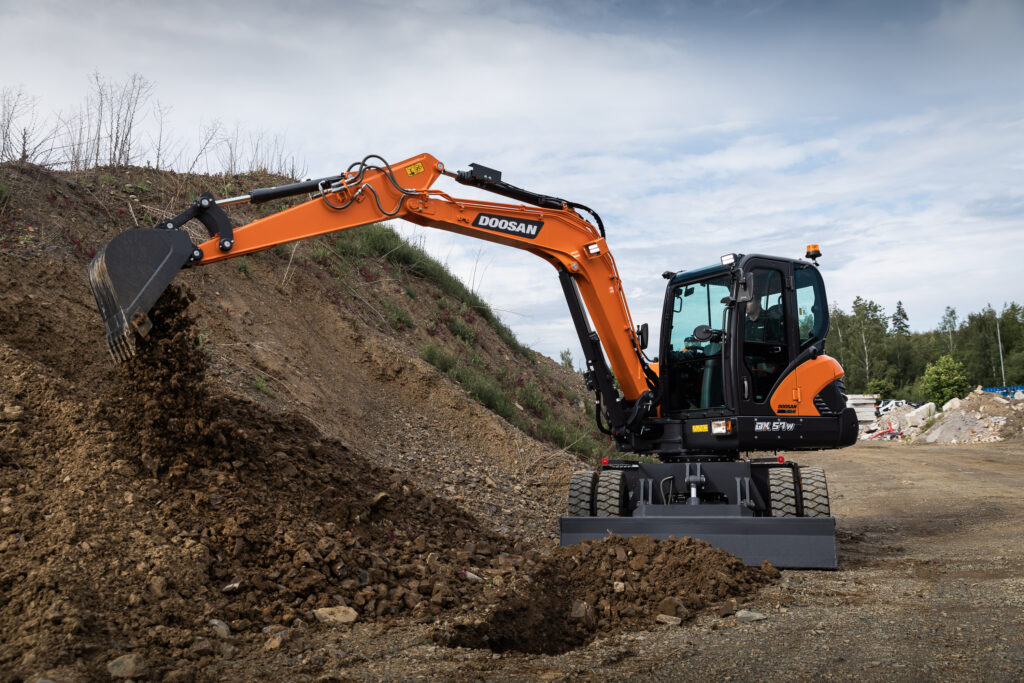 DOOSAN has announced the launch of its new 5 tonne DX57W-7 wheeled excavator.

The machine boasts a new Doosan Stage V engine and the manufacturer’s latest DoosanCONNECT system installed as standard, which provides a telematics management system for the excavator.

Other standard features include a stereo system integrated in the gauge panel and a USB charger in the cab. The DX57W-7 offers the option of an all round view camera providing 360o views around the machine and ultrasonic detection of obstacles for increased safety.

The steering wheel can be positioned to suit the operator, with the position and angle of the seat cushion as well as the position of the consoles capable of being adjusted independently of each other. A seat heater is available as standard along with a cab light, sun visor and side mirror.

Doosan stated that the ‘superior stability and lifting capacity’ of the DX57W-7 means the excavator can be used for tasks such as truck loading and unloading and moving pipes and materials in the working area.