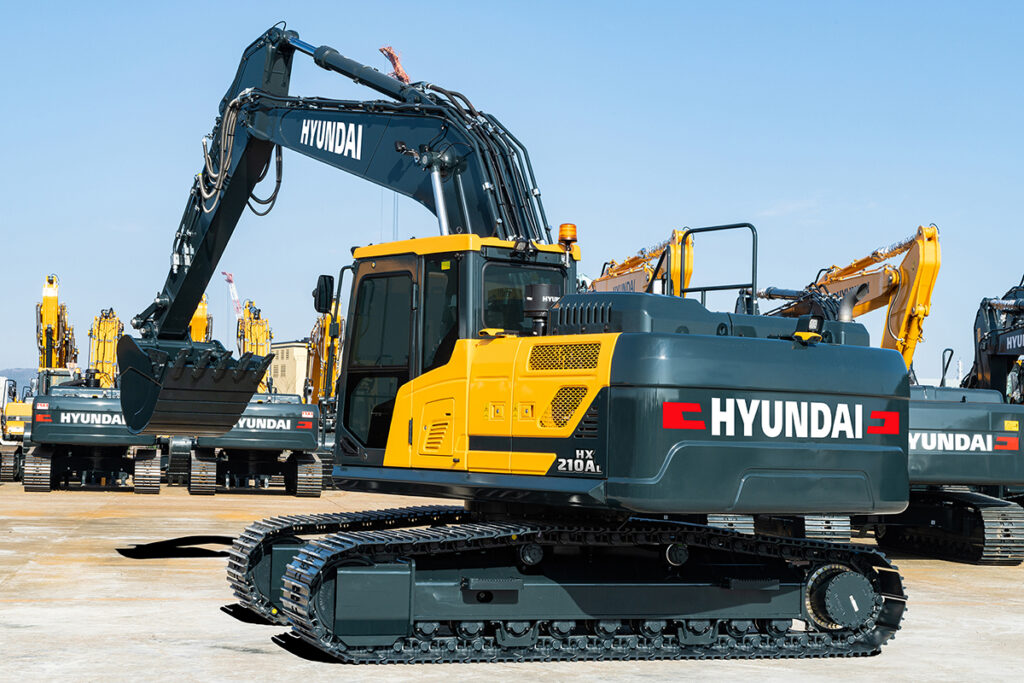 The HX210AL has the same power output of 129kW as its sister machine, the HX220AL, and an identical undercarriage platform. Both models have similar general specifications but Hyundai said the HX210AL has standard features and pricing that are designed to appeal to rental houses and dealers with high volumes of rental business.

“We’re really excited about this model,” said Gert Peeters, product specialist supervisor at HCEE. “We think this is going to be a great entry into that 20-ton class that the market is demanding. We are convinced the HX210AL will become the new standard throughout Europe when it comes to performance and operating experience.”

The excavator is powered by a Stage V-compliant B4.5 Cummins engine, with an integrated ‘all-in-one’ exhaust after treatment system. Hyundai explained that removing the need for EGR leads to ‘enhanced reliability and simplified maintenance’.

The HX210AL is said to deliver 780 Nm of peak torque, which Hyundai revealed is about 7% more than its predecessor, the R210LC-9A. The new EPFC (Electronic Pump Flow Control) allows operators to tailor their machine depending on the application.

Safety and security features include an optional Advanced Around View Monitoring system (AAVM). Audible and visible alert functions have been included to encourage operators to wear the seatbelt, while a further new feature is the auto safety lock which prevents unintentional ignition.

The A-series features a new look with the dark grey boom and dipper. The cab has had a makeover, most notably with the lower glass area in the door being increased to improve visibility. A Grammer air-suspension seat is supplied with optional heater set up.