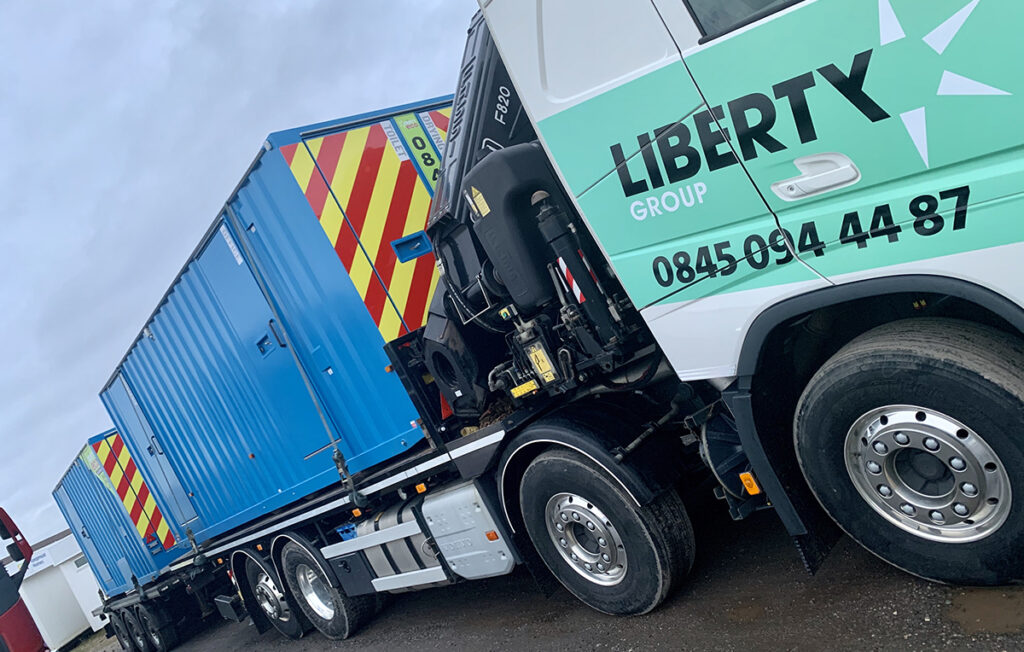 LIBERTY Group has signed a new deal with Boss Cabins for almost £6.5 million worth of mobile units in a move that will double the company’s welfare fleet.

The order will support Liberty’s expansion plans, which include opening at least another four depots nationwide.

Boss Cabins will supply a mix of canteen and canteen/office anti-vandal units catering for between seven and 20 users. All are fitted with energy-saving low-emission Eco electrical systems and solar harvesting technology while some units also feature twin toilets and separate drying rooms.

Matthew Wordsworth, MD of Boss Cabins, said, “It means a lot to us that a demanding and forward-thinking company like Liberty Guard has once again chosen us as supplier to support their expansion plans going forward.”

Gordon Jones, chairman of Liberty Group, added, “During the last two years, we at Liberty Guard have been confident in our determination to grow and expand our exposure in the welfare hire business throughout the UK. Despite the uncertainty of a General Election together with the Brexit Vote, we remained focused on our decision to grow by introducing additional depots strategically positioned to offer a quality service to our expanding customer base.

“Although growing our hire fleet and positioning new depots was one thing, it was also vital to introduce and improve our internal operations team in order to maintain and develop a high level of service to our valued customers. This has been a great success and therefore future plans to continue to increase our welfare business in association with Boss Cabins are set in place for the foreseeable future.”

The first units will be delivered early in 2021 and will be distributed to all of Liberty Group’s 12 depots around the UK.