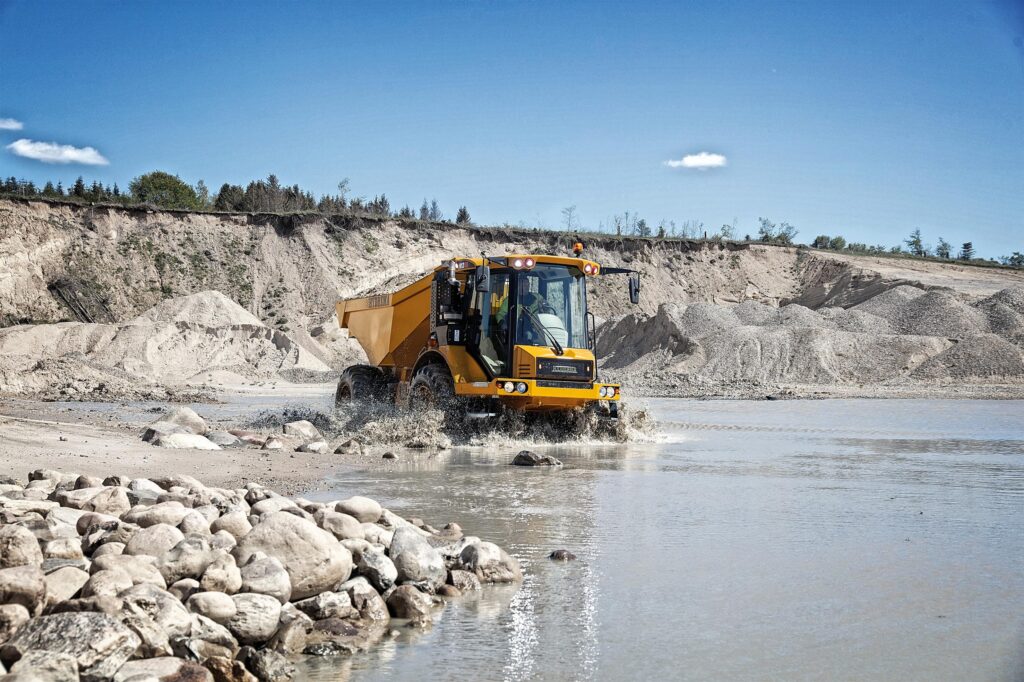 The manufacturer revealed that its R&D department has been looking at modifications and improvements for the G series to come up with the ninth generation of its best selling dump truck.

The new engine complies with the latest Stage V emission regulations but also is approved to run on 100% HVO (bio) diesel. The machine has a diesel particulate filter and adBlue while the engine is described as having a ‘simpler’ layout due to the lack of an EGR valve.

Hydrema’s R&D manager, Thorkil Iversen, said, “The new Hydrema 912G-Series has been finely tuned on all fronts. It has become much more than the engine update that many manufacturers make to keep up with the Stage V emission requirements. Along with the very latest engine technology, we have made changes in areas such as safety, operator comfort and servicing.

“We are experiencing ever-increasing demands for low emissions, including in public tenders. This is particularly true in urban locations with projects such as sewage and district heating work along with pedestrian renovations. The 912G-Series new engine meets the requirements of contractors looking for the latest in low emission machines.”

Updates to the truck include an upgraded cooling system, said to have a 10% increase in cooling capacity thanks to a fully welded radiator.

The engine compartment has been reorganised to allow access to all service filters and check points from ground level. Extra drain valves have also been fitted to ensure easy and safe oil draining.

All steps on the 912G-series have been widened, while the 912G-Series now has an optional LED all around work light package for optimal visibility while operating in dark conditions.

The 912G-Series offers a new optional Webasto cab heater, which can be controlled remotely, and an optional air-suspended, ventilated seat with automatic weight adjustment up to 150 kg.