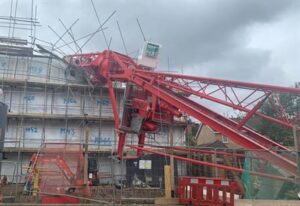 THE Health and Safety Executive (HSE) has been urged to end its delay in publishing its initial findings into the cause of a fatal crane accident in London.

The call came from Unite, the UK’s construction union, who said that the HSE’s initial findings will help ensure that similar accidents are prevented from occurring in the future.

The accident occurred in East London in July, when a 20-metre crane crashed into two terraced houses killing one woman and injuring others. Unite added that initial findings into what caused the accident would also lift the ‘cloud of suspicion’ which it says currently hangs over the crane’s operator, Wolffkran Ltd.

Unite national officer for construction, Jerry Swain, said, “It is vital that the HSE ends the delay and publishes its initial findings into the reasons why a crane tragically collapsed in Bow in July. The HSE cannot be seen to be trying to sweep the investigation into this accident under the carpet. It is already nearly seven weeks since the accident occurred.

“The company concerned and the workers involved have a cloud of suspicion hanging over them and this is almost certainly unfair. Unite is the recognised union at Wolffkran.  Our members are already having to operate in difficult conditions due to Covid-19 pandemic; it is simply unfair to have unanswered questions about this accident hanging over them.

“Equally, the only way the industry can learn from this tragedy and ensure it is prevented from happening again is if the HSE’s initial findings are published. If the HSE cannot publish their initial findings for any reason then they must publicly say why and what is causing that delay.”