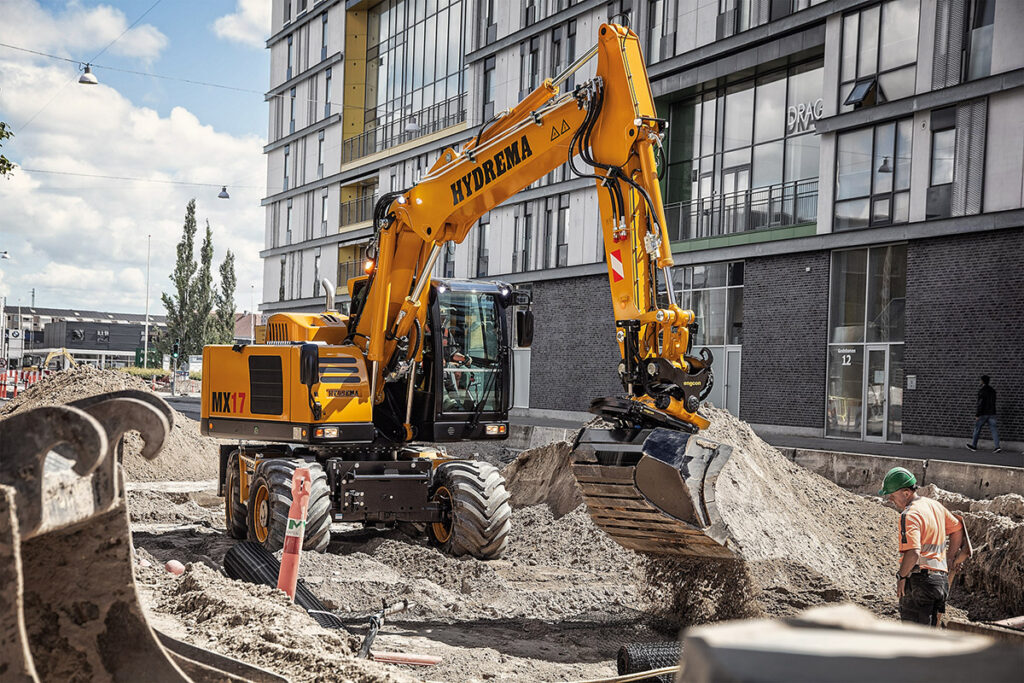 HYDREMA has announced the launch of its new MX17 wheeled excavator.

Described as featuring the speed of the MX16 combined with the strength and lifting capacity of the MX18, the machine completes the Danish manufacturer’s MX line-up.

Three machines had previously been released: the MX14, 16 and 18, which Hydrema said have ‘fulfilled the intentions’ set out when creating the range, namely a series of diggers with high lifting capacity, stability and efficiency, which are more compact than similar models on the market. The company said it had found there is now demand for an excavator which has both the power of a slightly heavier model and the speed of something more compact. 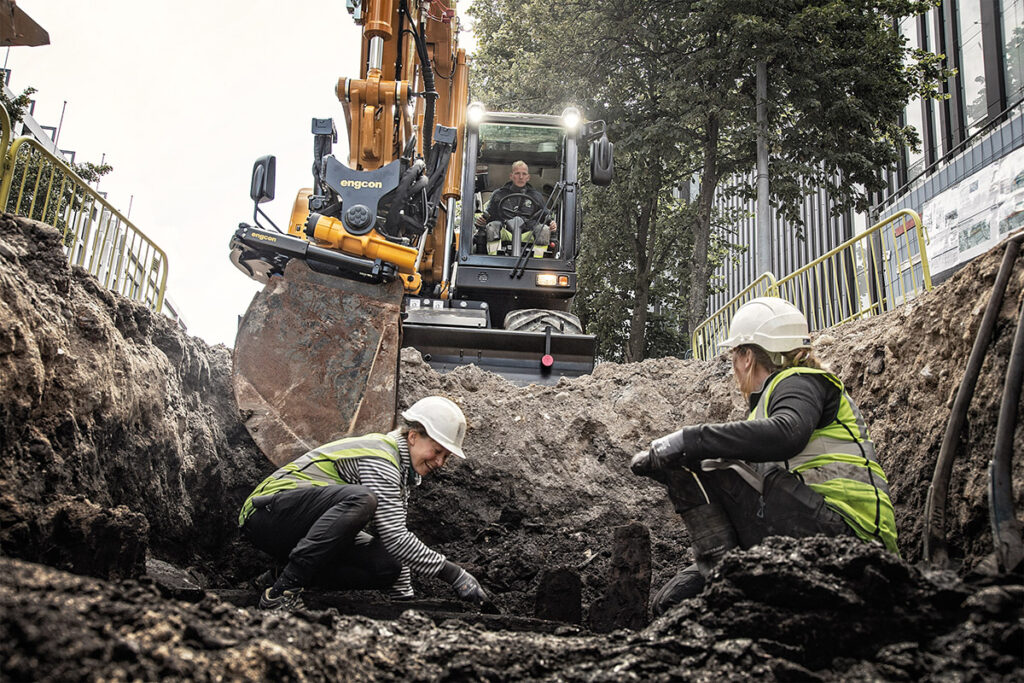 R&D manager Thorkil K. Iversen commented, “The MX17 has all the qualities of the MX16 and MX18. With its speed and agility, this new machine is designed for use in cities like the MX16 with very high lifting capacity and stability for its class.

“With the same driveline as the MX18, the MX17 has the tractive power of 111 kN and has 20% greater break-out force when compared to the MX16. It perfectly matches the desire to create a powerful machine with high stability, while at the same time being compact and agile.”

Hydrema added that the slightly higher weight of the MX17 helps to increase stability over the side by as much as 18% at the six meters. Over the dozer blade, the Hydrema MX17 has a lifting capacity of 7,200 kg at a range of six meters, described by the manufacturer as an 11% increase over the MX16.

Iversen added, “It’s not for nothing that Hydrema is considered a trendsetter within the development of compact machines. We have managed to create a stable of compact machines with unique lifting capabilities to cover all the contractor’s needs, from the MX14 and 16 for more general work up to the heavier lifting capacities of the MX17 & 18.

“With the launch of the MX17 this August we will have succeeded in creating a new machine unit, which achieves the same agility and speed of the MX16 with the robustness, power and stability of the MX18 without the size. This is the most compact 17-ton machine available, emphasised by the unique folding away of the excavator arm, achieving the smallest turning circle on the market.”

Hydrema revealed it has also used the Covid-19 downtime period to update the operator’s cab in the MX wheeled excavators. The firm uses the same cab in all MX models including the two rail machines: MX16 and MX 20 Rail. The new 2021 cabin has a new door design and an openable front windscreen. It is also possible to remove the lower front window panel to boost visibility, along with the opportunity to communicate with people in the excavation area.

Iversen said, “We have also introduced a brand new armrest design, where the operator has four individual adjustment options for each armrest. It is of great importance to achieve optimum ergonomics and to ensure that the individual operator can adjust to exactly his preferred working position. This is important because machine operators often spend the entire working day in the driver’s seat. It is also possible to opt for an air-suspended seat with ventilation and automatic weight adjustment.”

Back to basics: record-breaking Hillhead shows there’s no substitute for live events