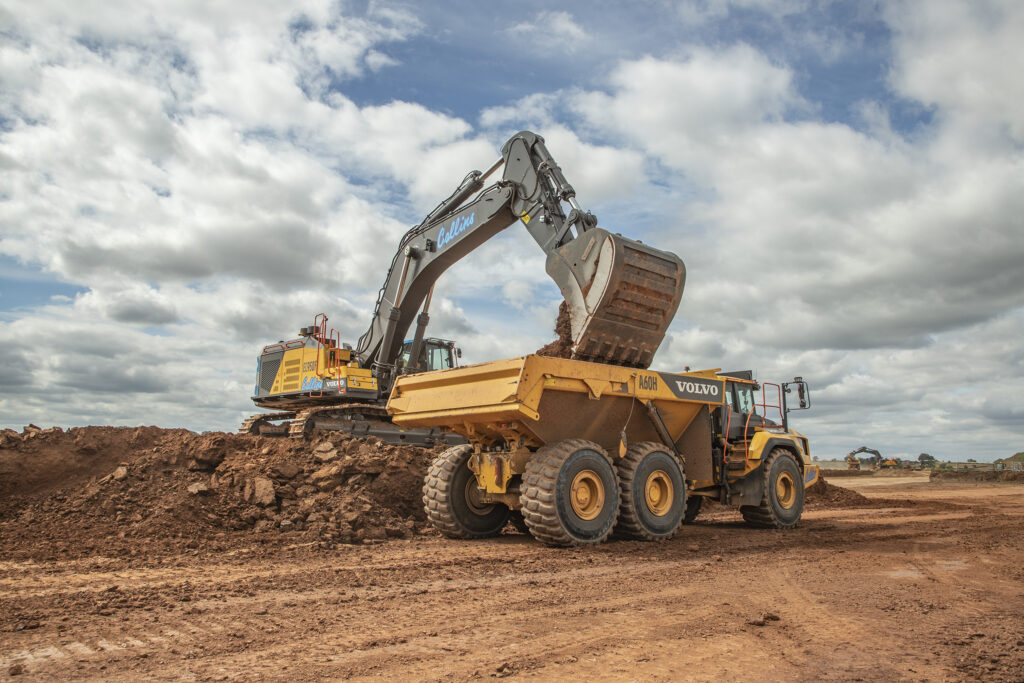 THE largest excavator in the Volvo Construction Equipment range has made it to the UK after Collins Earthworks snapped up the country’s first 104-tonnes EC950F.

The heavyweight muck-shifter has been put to work at the Mercia Park project by J11 off the M42 in Leicestershire, along with a fleet of nine 60-tonne capacity A60H articulated dump trucks.

This 238-acre development site comprises one million cubes of cut and fill, with a 300,000-tonne top-soil strip in a project scheduled to last 27 weeks.

Wayne Naylor, contracts manager at Collins Earthworks said, “The EC950F has been on our radar for some time. We’ve enjoyed great productivity with our fleet of EC750’s on previous projects, but the EC950 has now raised our performance another notch – or maybe two.”

The EC950F boasts an EU Stage V-complaint Volvo D16 engine, which powers three hydraulic pumps. The model’s main hydraulic control valve is 50% bigger than that used on the 75-tonne EC750.

For Collins’ muck-shifting requirements, the EC950F is equipped with a 7.25m boom with boom float, and a 2.95m ME arm. The mass-excavation configuration also means a bigger bucket cylinder to generate more breakout. Keeping the front-end in balance is a 14.5-tonne, hydraulically removable counterweight.