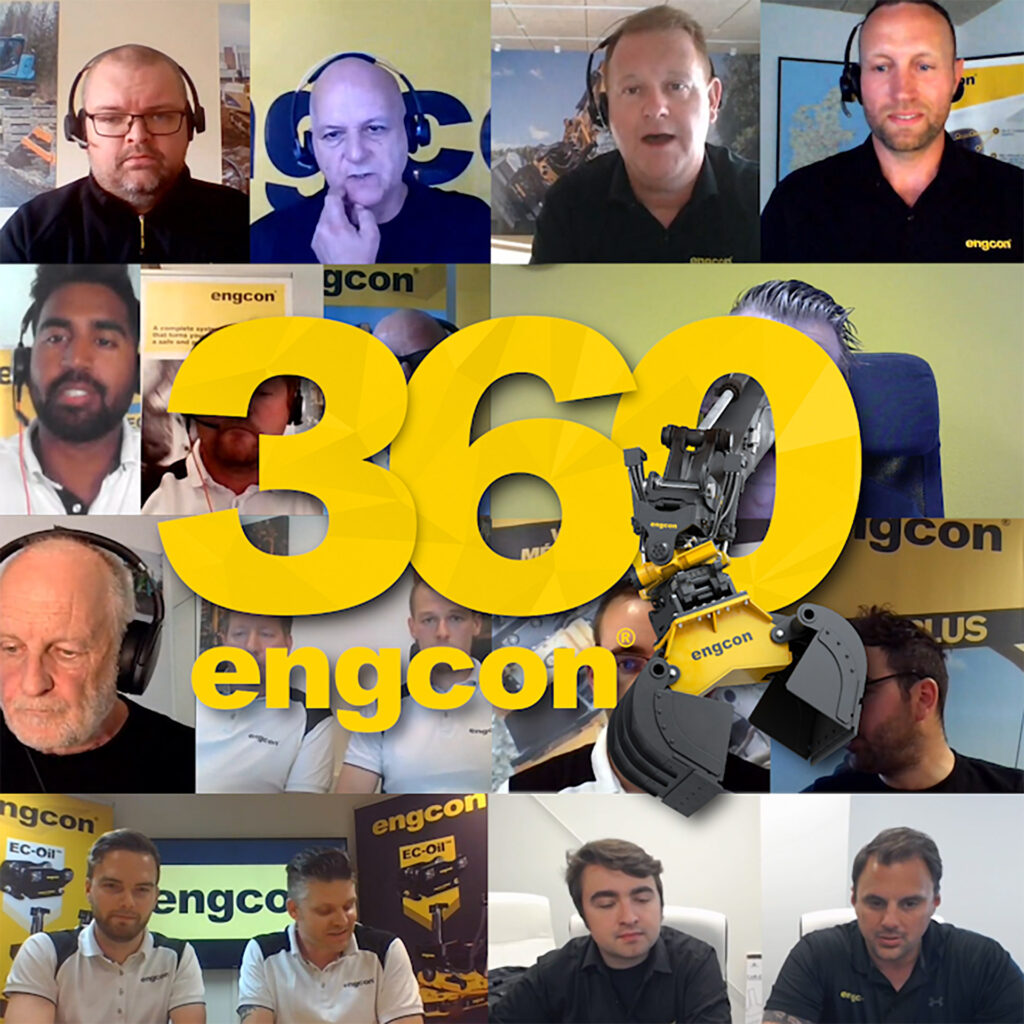 WITH a number of machinery exhibitions postponed this year due to Covid-19, tiltrotator manufacturer Engcon decided to produce a live digital broadcast called Engcon 360, which gave online viewers the chance to learn about some of the firm’s latest developments.

Recorded at Engon’s HQ in Strömsund, Sweden, the live broadcasts were adapted by Engcon staff for customers in each home market.

Trade fairs and excavation days have played an important part in Engcon’s strategy in recent years, providing a platform for customers to see how products work.

Marketing manager Ulrica Hellström said, “We see how excavators around the world have continued to work during this turbulent time. Of course it’s a nice interruption in the workday with a live broadcast of products that can have a big impact on your daily work. The chat feature allowed viewers to communicate with us directly, in their own language with their local Engcon office.

“We built up an exhibition area in Strömsund at our main production site. There we were able to showcase our products in a demo run with an excavator. We connected our local sales and service teams in different countries to our control studio in Sweden and broadcast everything on Facebook Live. So French speaking excavators got a presentation by our French colleagues in French about our products and so on. It is important for us to maintain contact locally and form a close customer relationship.”

The first international digital live broadcast was shown in the UK, attracting as many as 7,300 viewers. In total, for all broadcasts, 24,000 people took part in the initiative.