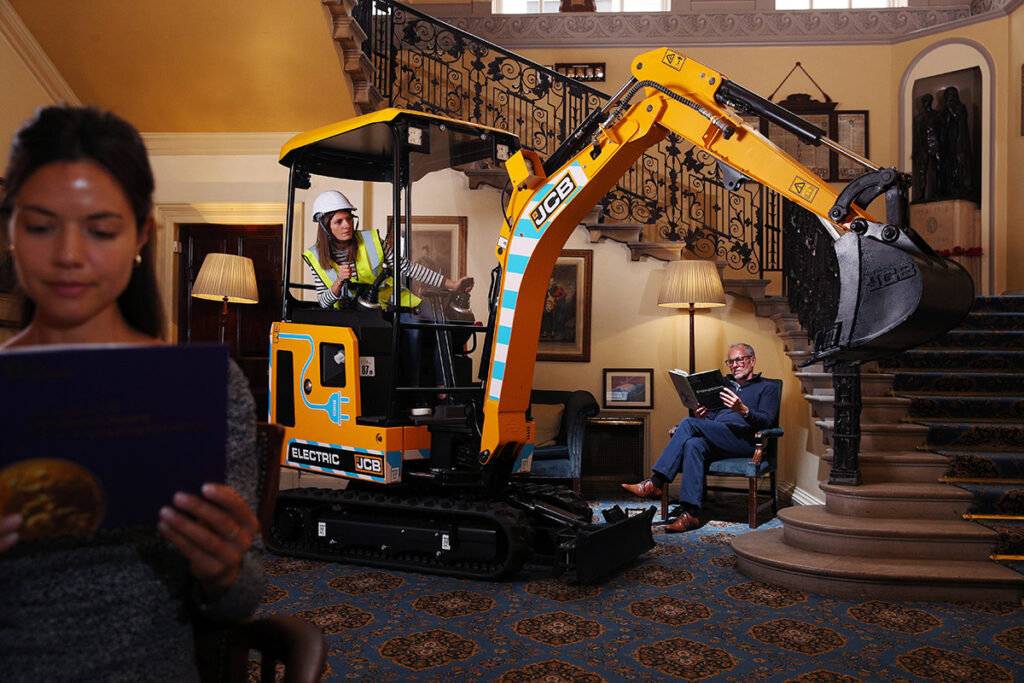 The UK’s Royal Academy of Engineering announced the manufacturer’s low noise, zero emissions 19C-1E electric digger has won the 2020 MacRobert Award, which has been presented since 1969 to honour a wide variety of engineering feats, including the CT scanner and Rolls-Royce’s Pegasus engine used in the Harrier jump jet.

JCB chairman Lord Bamford said, “To win one of the world’s most respected engineering prizes is an outstanding endorsement for JCB’s electrification team, who have achieved so much in applying a science which was new to our business. JCB’s electric mini excavator will contribute to a zero carbon future and it’s a huge honour for our contribution to be recognised in this way.”

Professor Sir Richard Friend FREng FRS, chair of the Royal Academy of Engineering MacRobert Award judging panel commented, “JCB’s electric digger is a huge engineering achievement. The team has developed all parts of the electric propulsion system to deliver system performance that matches real customer requirements. This is a huge achievement in itself, but the additional benefits of zero exhaust emissions and much lower noise has lifted the 19C-1E excavator to a new level.”

The 19C-1E excavator is described as the world’s first volume-produced fully electric digger. Hundreds of the machines have been sold and JCB revealed that so far they have saved the equivalent of 15,100kg in CO2emissions across 5,616 hours of work.