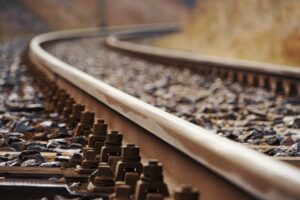 A high speed rail group has urged UK officials to include Scotland in the HS2 route, following a report on the potential benefits.

The High-Speed Rail and Scotland report, by Greengauge 21, details how connecting the HS2 route to Scotland would ‘enhance’ connectivity between the two countries through the cutting of travel time between London and Scotland to just over three hours.

Greengauge 21 is a not-for-profit company founded by transport sector specialist, Jim Steer. The organisation acts as an umbrella under which all those with an interest in a high speed rail network can come together and openly and publicly debate subjects such as alternative implementation strategies for rail.

The report also mentions the potential economic benefit to travel markets, towns and cities that could be achieved through the demand for travelling between the two countries. Greengauge 21 said that from 2006, passenger numbers between Glasgow and London have increased by 120%, Manchester-Scotland an increase of 191% and Birmingham-Scotland increased by 261%.

An extract from the report read, “Greengauge 21’s substantive study into options for the nation’s high-speed rail network, found that adding a line northwards from Manchester to Glasgow/ Edinburgh had a strong economic case with a beneft:cost ratio of 7 6:1, a much higher return than all other routes studied. But progress on developing firm proposals in the intervening ten years has been disappointingly slow.”

The report’s author, Jim Steer, commented, “As the UK begins to emerge from Covid-19, the focus on a green recovery is essential. Over the past two months we have all seen the positive impact on air quality and the environment. While we now focus on our economic recovery, we cannot lose sight of the carbon-cutting goals we have set ourselves. As transport is now the largest contributor to the UK’s emissions, the sector has a duty to act quickly and decisively to reduce them.”