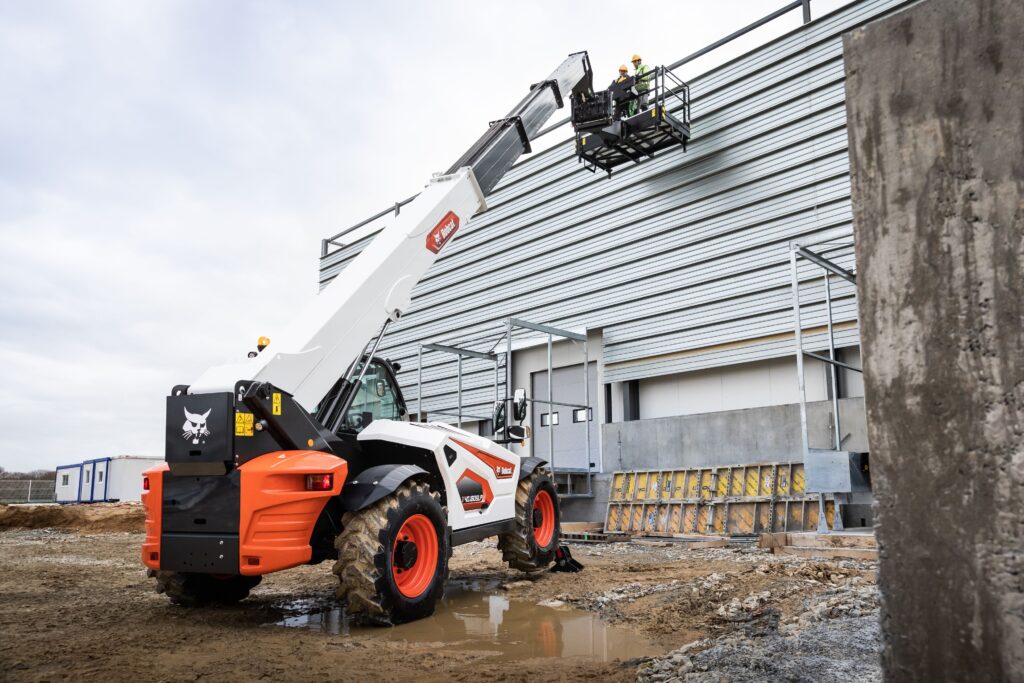 The new machines are powered by Bobcat D34 and D24 diesel engines. The D34 Stage V engine allows customers to operate telehandlers in emission-regulated zones, thanks to the new DPF after-treatment system. The engine does not use Selective Catalytic Reduction (SCR), so there is no need for AdBlue.

Quentin D’Hérouël, product manager telehandlers at Doosan Bobcat said, “The 75 HP engine is mainly used by construction and rental companies in the United Kingdom, Italy and Benelux owing to its competitive price and simplicity, whilst still providing plenty of power to tackle all applications on the jobsite.”

The D34 Stage V engine in the new telehandlers is said to provide an average 7% lower fuel consumption and 14% higher torque than the previous Stage IV engine, for more power at lower RPM and faster recovery.

The Stage V telehandlers boast a new engine hood with a steeper profile that increases visibility and reduces blind spots on the right hand side. Access to the engine compartment has also been improved.

Quentin D’Hérouël added, “The new 56 kW (75 HP) telehandlers will be followed by further Stage V models powered by 74.5 kW (100 HP) and 97 kW (130 HP) versions of the D34 Stage V engine, which will be launched in 2021. This will be a completely new generation of telescopics with dramatic user experience and low cost of ownership improvement.”

Meanwhile, the new T450 and T590 Stage V compact track loaders follow on from the recently launched Bobcat M-Series S450, S510 and S530 Stage V skid-steer loaders. These M-Series loaders are among the first models in the Bobcat compact equipment range in Europe to have the company’s new machine styling scheme, which includes 3D decals for the first time. 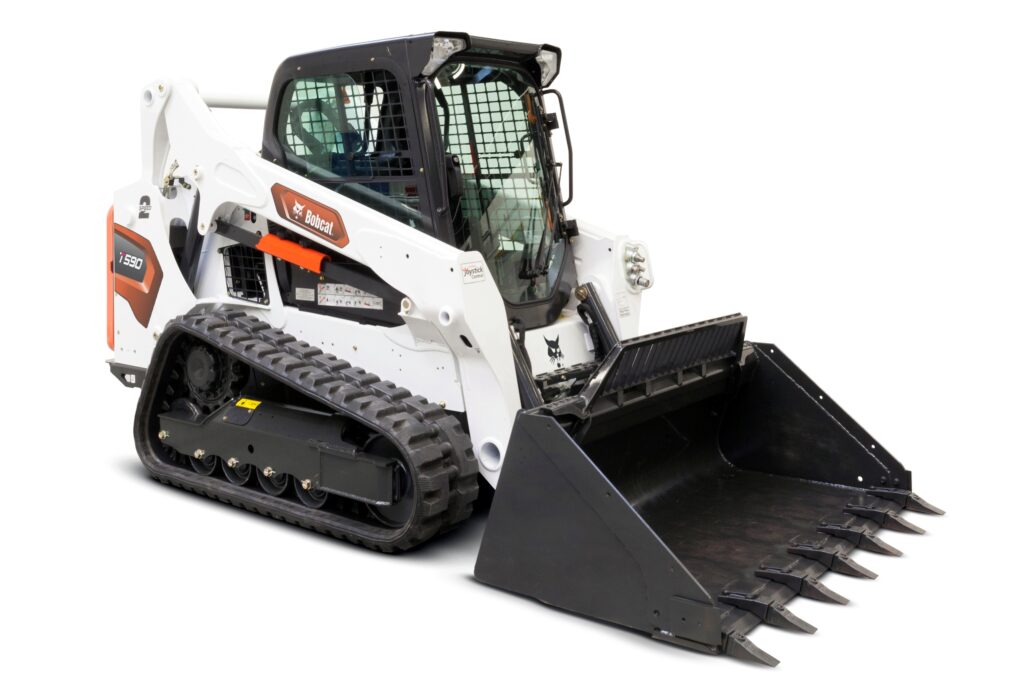 Jiri Karmazin, product manager loaders at Doosan Bobcat commented, “Like the S450, S510 and S530 models, skilful design work by our engineering team has ensured that even with the Bobcat Stage V engine incorporated, the same small dimensions and lift arm patterns are maintained on the new versions of the T450 and T590 compact track loaders. This ensures a truly compact size and low weight, so they can work and manoeuvre easily in tight spaces and can be easily transported.”

Noise levels have been reduced and the vibrations lowered to increase operator comfort. The first engine oil service interval has also been extended to 500 hours. New DPF after-treatment technology works automatically without any interaction during normal operation.

The new Bobcat D24 Engine – with Bosch Fuel Injection System – is described as improving overall machine performance while meeting Stage V emissions regulations. The engine power to weight ratio has also been optimised in both of the T450 and T590 loaders.

The new loaders feature the previously optional Deluxe control panel as standard, offering a choice of different languages and telematics.