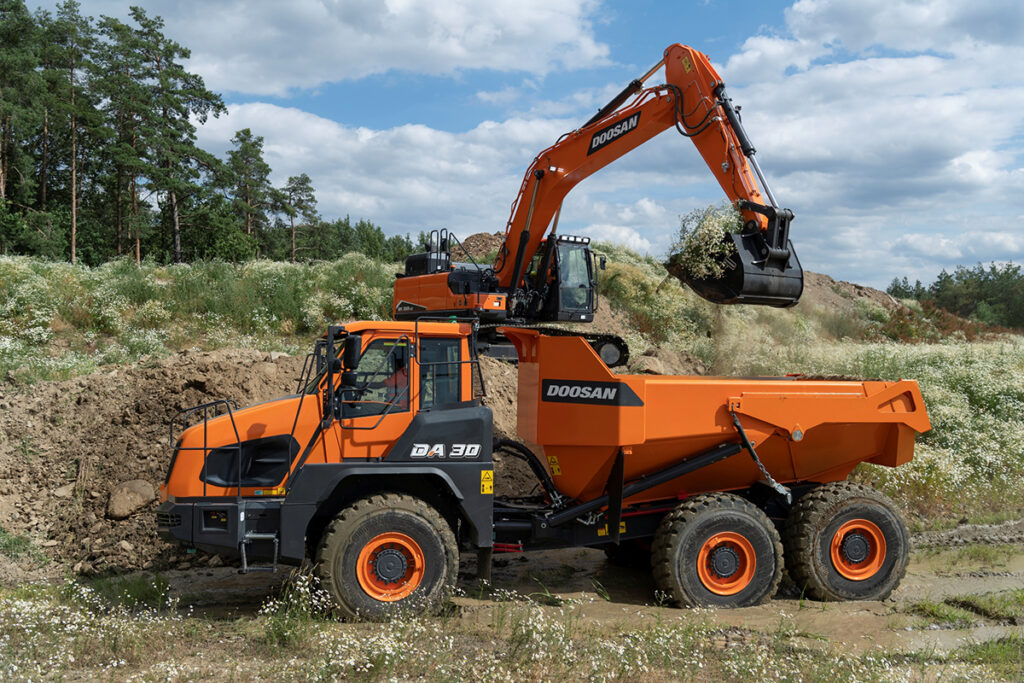 Doosan revealed the engines have undergone two years of ‘very intensive’ testing in construction and mining environments and passed with ‘flying colours’. The main difference in the new engines from their predecessors is the improved after-treatment system.

Features of the new models include a new design for the front frame and bonnet components on the trucks.

Functional changes include a new positioning of the diesel and AdBlue tanks. The latter are now much lower, allowing operators to fill both tanks whilst standing next to the machine.

The ADTs are equipped as standard with a real-time payload measuring system with a light indication for excavator operators, which Doosan explained will help them to place optimal loads in the ADTs.

The greasing system has been relocated to make it easily accessible from ground level.

Both machines have additional external round hand rails for safety while, inside the cab, there is a new additional grip on the right hand side.

Liebherr ADTs won’t have far to travel for upcoming task