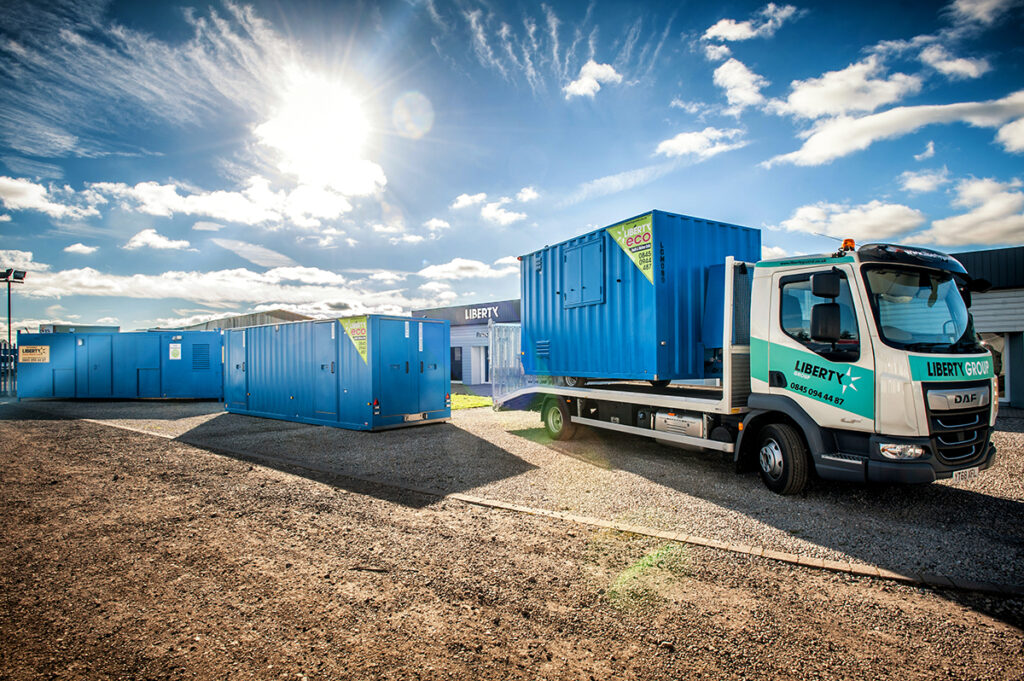 WELFARE unit specialist Liberty Guard has launched a new depot in Dunfermline as part of its UK-wide expansion strategy.

The Yorkshire-headquartered business revealed the first batch of 25 units have already arrived, with Liberty stating that the potential for growth in Scotland is “huge”.

Director Alex Jones told Project Plant, “For the past five or six years we’ve started to grow a national depot network and Scotland is a natural progression. We now have eight depots, with two new ones coming soon in Birmingham and Plymouth.”

Liberty Guard made the decision to open a base in Fife just weeks before the Covid-19 situation resulted in sites having to close around the country. The business had ordered 100 units from Boss Cabins in an order worth around £2.5 million. Alex believes the industry will quickly recover and Scotland will become a busy area for the firm.

Dunfermline was chosen partly for its connections and easy access to Edinburgh and the central belt. With orders already coming in from Aberdeen and Inverness, Alex said Liberty Guard is hopeful of opening more depots further north. “The way Liberty works is we don’t actually put any staff in any of the depots apart from cleaners and drivers,” Alex explained. “All the sales and admin is done from one office. One of the main reasons why we do that is so customers have one number, one contact and one office. We feel like it’s streamlined a lot more and quicker to get a response.”

The Dunfermline depot will predominantly stock towable eco welfare units to begin with, each featuring generated power, a canteen, toilet facilities and an independent water supply. The range comes in 12, 16 and 24-foot units.

“We’ve looked at pretty much everyone in the marketplace,” Alex added. “We have a high quality product but we also make ours a little bit different. The big thing we do as a group is we tend to order in bulk. If we’re getting the best price, we pass those savings onto the customer. We try to be as competitive as possible while maintaining a quality service.”