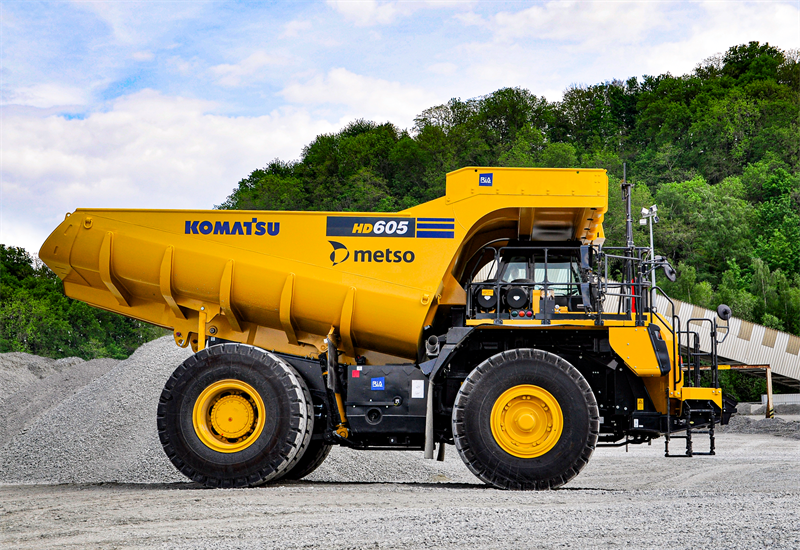 These are the first Metso Truck Bodies taken into operation in central Europe and, according to Metso, represent a ‘world premiere’ for rigid dumpers in this weight class.

The ‘tough and abrasive’ rock handled by the quarry is said to have had a significant impact on the previous conventional truck boxes. Metso explained that on a traditional box, the maximum payload is limited by the high weight of the lining and the box itself. “The Metso Truck Body differs from a standard box by its lighter, but resistant, rounded shaped design in ultra high-strength steel combined with the Trellex rubber lining,” the firm stated. “This makes it possible to obtain a 20% to 30% lighter body without sacrificing rigidity.”

The Metso Truck Body designed for the Komatsu HD605-8 truck weighs six tonnes less than a standard version fitted with a steel liner.