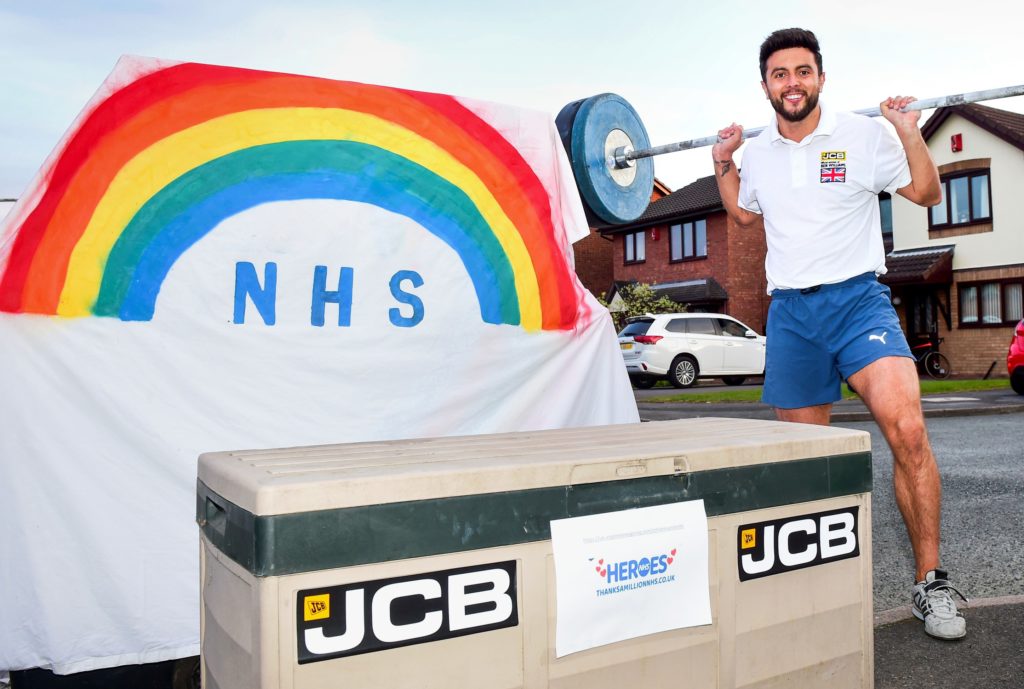 TWO athletes sponsored by JCB have been embarking on a marathon fundraising effort.

Slalom canoeist Adam Burgess and British triple jump champion Ben Williams recently lifted a total of 22 tonnes over a three-hour period – the same weight of one of JCB’s largest excavators.

Their efforts resulted in them smashing their charity target of £2,200 in aid of the Royal Stoke Hospital. Adam completed 340 pull-ups using his own body weight, while Ben dead lifted and squatted 220 times with a 100kg bar. They completed their feat at 8pm on Thursday, at the beginning of the now weekly applause for NHS staff and key workers.

Adam said, “My sport as a slalom canoeist is all about upper body strength but this was still a really tough challenge. Both Ben and I are proud to have a sponsor like JCB, who are supporting the community in such a positive way during the coronavirus crisis. It’s just brilliant to play our part and support Staffordshire and the NHS.”

Ben added, “It was a difficult challenge but nowhere near as difficult as what the NHS staff are going through at the moment. It is absolutely fantastic to do something to raise awareness of the awesome work that each and every NHS employee is doing at the moment.”