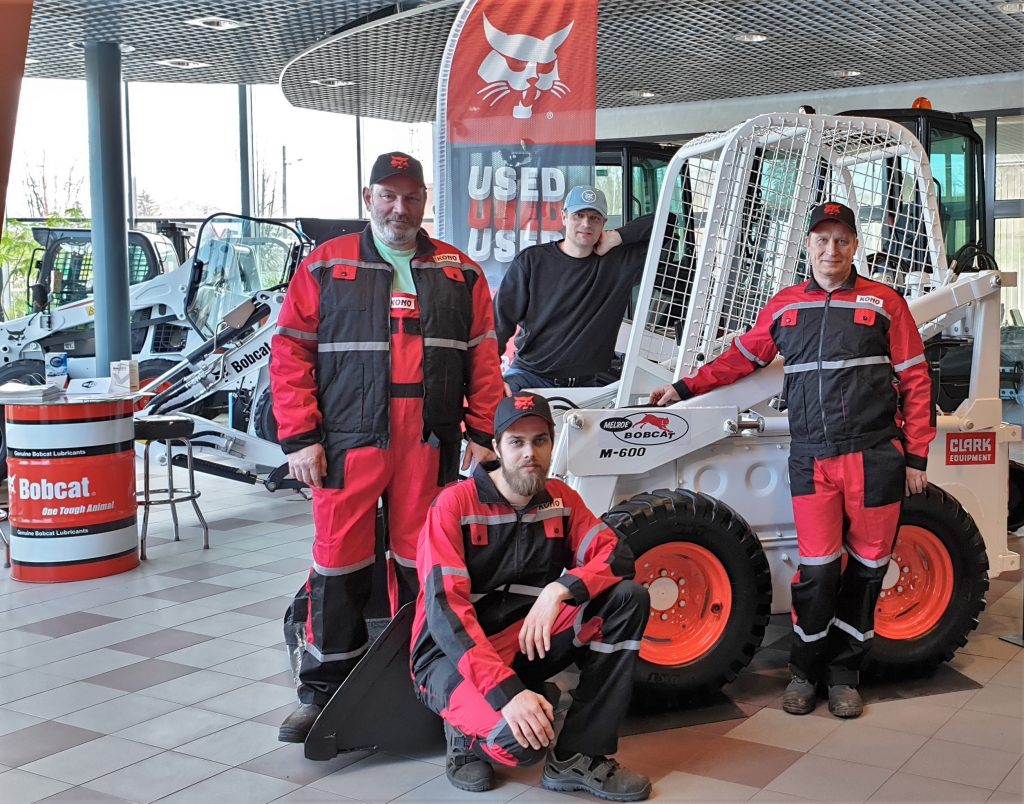 The model was manufactured under licence by Scheid Maschinenfabrik GmbH in Germany in the early 1970s. It was discovered for sale online by Ivars Gailums, a director at Bobcat dealer Kono. The historic machine was being offered by a used equipment supplier in Berlin.

The M–600D model was produced until 1975. Bobcat revealed the unit now in possession at Kono must have been made between 1970 and 1972, when the decision was made to transfer all manufacturing back to North Dakota in the USA.

Several challenges had to be overcome to transfer the M-600D from Berlin to Riga in Latvia. Ivars Gailums paid great credit to the truck driver who brought the machine to Kono two years ago, when work began on rebuilding the unit. He said, “Thanks to the efforts of the driver, we now had this M-600D delivered and it was my goal to rebuild it as authentically as we could, to keep its original parts intact as much as possible. Shortly after the M–600D arrived, I contacted Robby Bosch, who has recently retired from Bobcat in EMEA after nearly 40 years of service, hoping that his experience and knowledge would be of great use, which of course it has been.”

Prior to joining Bobcat as a field sales trainer in 1981, Robby had six years’ experience as a service manager with a Bobcat dealer in his native Netherlands, where he worked with several customers with M-600Ds.

Ivars Gailums added, “The first thing Robby asked me was whether or not the rear counterweight was still present, as this tends to be the first component that disappears. Fortunately it was still in place. Over the last two years, Robby has generously continued to provide valuable advice, as has Jurgen Gremez, Bobcat institute director for Doosan Bobcat at the EMEA headquarters in Dobris in the Czech Republic.” 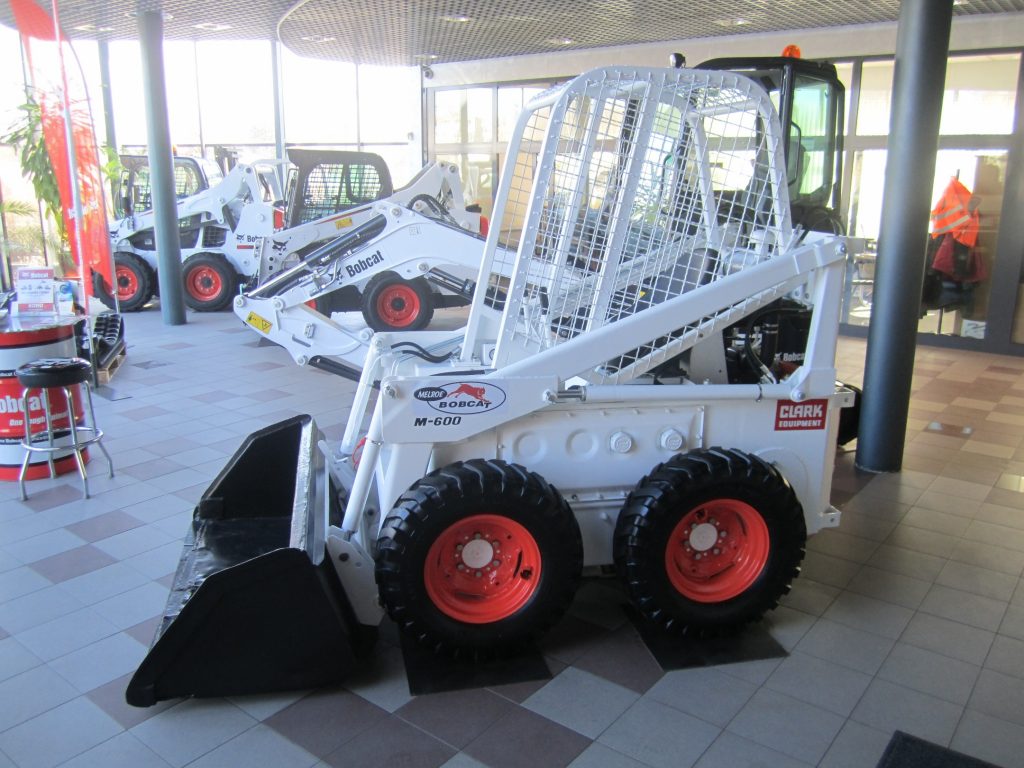 The biggest challenge has been obtaining specific parts, which because of the age of the machine are no longer available to order. It was also a challenge to find out what the M–600D really looked like, as there were several engine variations that affected how the overall machine appeared.

Ivars explained, “I have focused on every aspect – even whether the bottom of the seat was one piece or sewn together, as well as the colour of the bucket, they are all important to me. On the Internet, the book published to celebrate Bobcat’s 50th anniversary had pictures of machines with buckets painted white. Again, thanks to Robby Bosch, who was able to answer questions like this about the M-600D.”

The project has taken over two years to complete, with the renovation delayed by a busy winter for Kono last year. Ivars said, “Because we were busy, we changed our plans and speeded up the process. The M–600D when it was disassembled into many parts, tended to take up a lot of space so we had to take account of this so it didn’t cause problems in our workshop. The work on the machine was mainly done by a team of three of our service engineers.

“The team was led by our most experienced engineer, Juris Gailitis. The Deutz engine was brought back to life by our youngest service engineer, Davis Graustins, who can be assigned the finest and most accurate work tasks. Last but not least, the third member of the team was Dzintars Lorencs, who performed welding and repair work on the steel components.

“Demonstrating Bobcat’s ‘One Tough Animal’ motto, several components such as the chaincase and chain had survived the years of service in pretty good condition. But the engine cooler on the Deutz engine presented a real problem as the original was heavily corroded and it was not available as a spare part. But we managed to get it from Deutz, where it was also one of the last parts of its type in their stock.

“Sandblasting and powder coating services were outsourced and the leather seat was restored by a company which specialises in restoring old motor vehicles and rebuilding expensive modern cars. I also involved family members to get some unique spare parts – including a shaft, the air filter cap and authentic Melroe Bobcat and Clark stickers from the USA. In the period when our M-600D went into service, it would have carried stickers for Melroe Manufacturing Company, the forerunner to Bobcat Company, the Bobcat ‘animal’ logo as it was then and the logo for Clark Equipment, who bought the rights in 1968 to sell Bobcat loaders outside the USA.”

Jaroslav Fišer, product line director for the Bobcat compact loader range in EMEA commented, “We are very proud of what Ivars and the team at Kono have achieved with the refurbished M-600D. It is yet another episode in our story, which began over 60 years ago in North Dakota in 1958 when Melroe introduced its first compact front-end loader, with a commitment to outstanding quality, workmanship and innovation that is even stronger today. It is another tribute to the longevity and durability of the Bobcat loader range, which has seen us pass the production milestone of one million Bobcat loaders in 2014 and to strengthen our market leadership, so that one in every two skid-steer loaders sold today is a Bobcat machine.

“With the fine work carried out by Kono, their M-600D is far more than a picture in our history books, it is a real working machine again, proudly displayed in the company’s showroom in Riga, where it will be enjoyed for many years to come by visiting customers, admirers and Kono staff alike.”