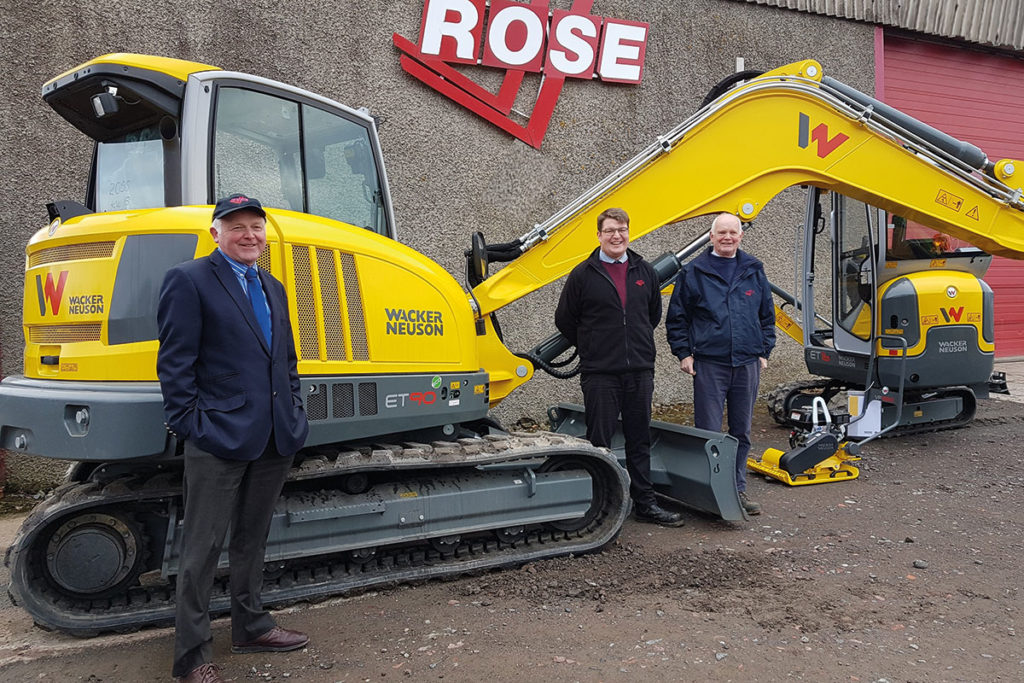 WM Rose & Sons has been appointed a dealer for the Wacker Neuson range of excavators, dumpers, loading shovels and compaction equipment.

“We’re excited because we believe the Wacker Neuson products will be a good fit alongside the other products that we offer construction customers,” he explained. “There are lots of unique products there, including Wacker Neuson’s dual view dumper, which brings about huge improvements in safety.”

The dual view dumper allows operators to change the seating position so that they’re always facing the direction of travel.

As well as dumpers, WM Rose & Sons will also offer Wacker Neuson products including compaction equipment, rollers and excavators up to 14.5-tonnes.

Ian Rose added, “We have long admired the quality of product and range Wacker Neuson has. Some of our customers were buying their products already and we hope they’ll now buy them from us. We now have a big range of equipment but nothing we’ve haven’t sold before. We did have dumpers at one point, we did have compaction equipment, and we did have excavators at the lighter end.”

Ian believes another Wacker Neuson product which will prove popular with customers is a remote control compaction plate, which means operators don’t have to climb on and off the unit. There’s also no vibration.

An extra salesperson has been employed as a result of the new dealership and Ian confirmed the Wacker Neuson machines will form a key part of the WM Rose & Sons’ line-up at ScotPlant this year.

Alex Ross, Wacker Neuson area manager for Scotland said, “We believe that WM Rose & Sons will be a valuable partner with Wacker Neuson for the future. They have over 40 years’ experience in the construction industry and have been dealing already with many major customers throughout Scotland. Wacker Neuson as a brand has been growing rapidly in the last several years and we feel that WM Rose & Sons will have a great contribution to the future growth in Scotland. We look forward to having a long and beneficial partnership in the coming years. I personally look forward to working with them closely.”