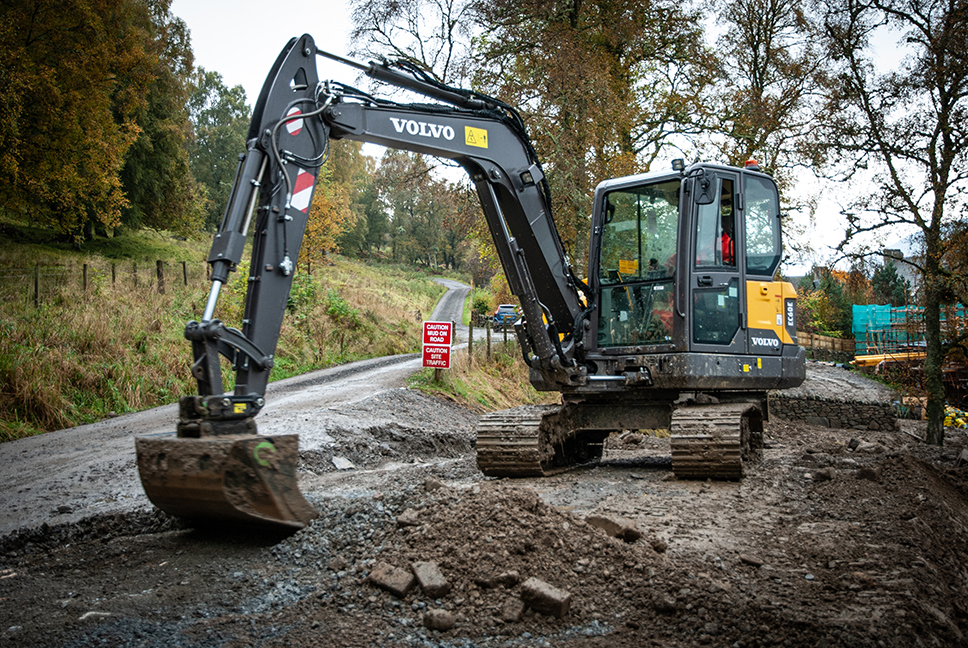 THE first Volvo EC60E to be sold in Britain has gone to G A Henderson Plant Contractors in Aberfeldy.

The six-tonne compact excavator will be assigned to housebuilding and ground working projects, as well as street work for local authorities throughout Perth & Kinross.

The model, which was launched at Plantworx earlier this year, was supplied by CS Machinery Sales, SMT GB’s utility equipment dealer for the north of Scotland.

Graham Henderson, proprietor G A Henderson Plant Contractors said, “Since starting up five years ago, I’ve always operated Volvo compact excavators; initially from hiring them in. I had a three tonner on long term hire and never had to do anything to it, not even top up with engine oil, which was impressive. I couldn’t fault the reliability and performance, so took the decision to purchase my first machine, which was an EC27C.”

With the business expanding and geared up to tackle larger projects, Graham opted for the new EC60E complete with optional 500mm steel tracks. “It’s a good size of machine for street work and working on larger building sites,” he added. “It’s a good performer, with plenty of dig depth and reach. It can easily load 20-tonne wagons without struggling for load over height. Opting for the steel tracks gives the machine added stability as well.”

The Volvo EC60E is powered by a Volvo 2.6 litre Stage V engine, producing 58 hp. The machine offers a horizontal reach of 6.4 metres, a load over height of 4.3 metres and a dig depth of four metres.

The machine has also been prepared for the addition of a Steelwrist tiltrotator.