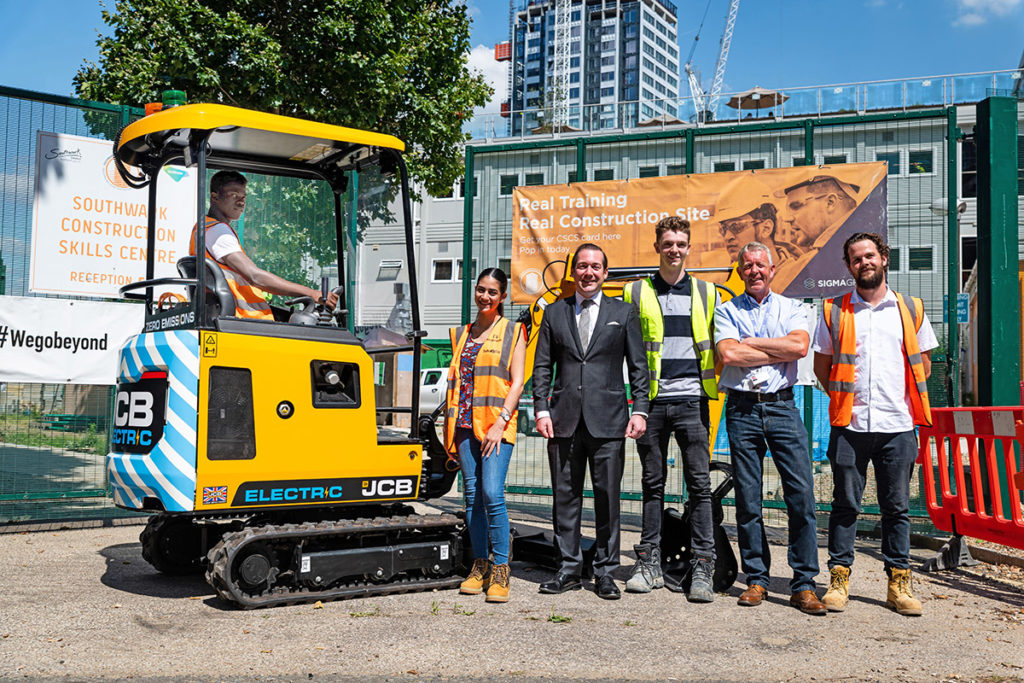 DESCRIBED as a ‘world first’, JCB has provided a mini excavator to a skills provider to allow for training on electric diggers.

JCB said the move means the training school is the first to offer training on zero-emissions excavators.

Charles Stevenson, general manager of JCB’s London office said, “JCB is leading the way in clean technology and reducing harmful emissions, especially in urban, air quality sensitive environments such as utility works. We are delighted to be able to support the SCSC in offering the world`s first training course using zero emissions plant at a facility recognised for its excellence by the Mayor’s Construction Academy.”

John White, operations director of SCSC added, “We are really pleased to be supporting the JCB innovation drive to deliver zero emissions machines. The JCB 19C-1E is an innovative product delivering environmental improvements and it will be invaluable in training local people on the technology of the future. Developers Lendlease have committed to the Elephant Park project being net carbon negative, by 2025 and the Skills Centre has an important role to promote sustainability across the site and to the local community.”