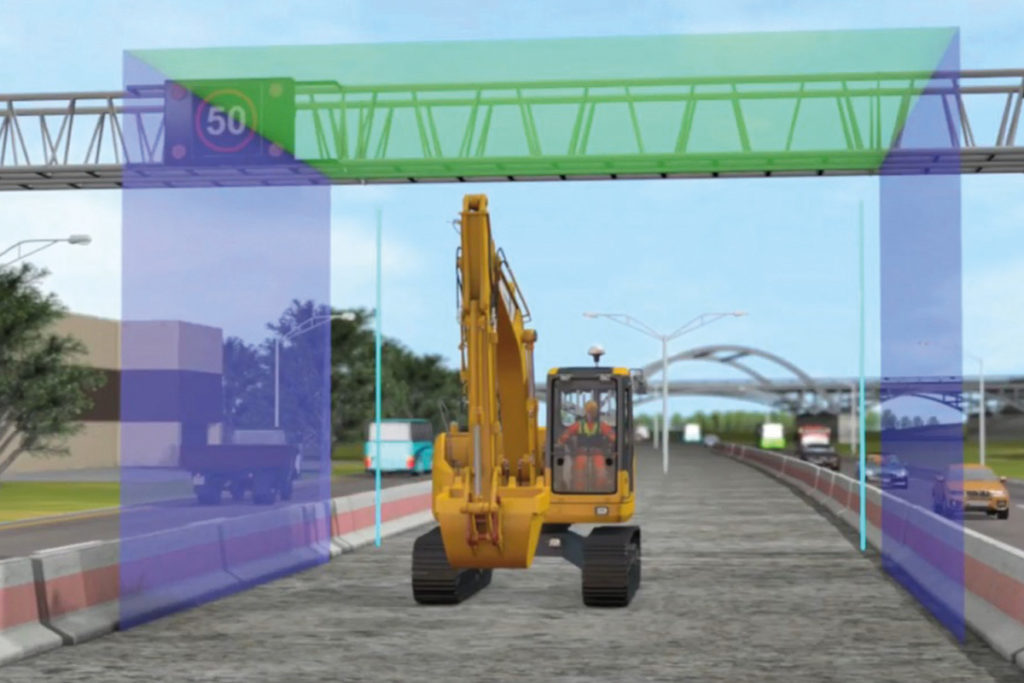 JAMES Fisher Prolec has announced the launch of a ‘groundbreaking’ safety solution for plant equipment, which is said to help prevent collisions with site-wide hazards.

The solution has been described as ideally suited for high-risk sectors such as rail, highways and civil construction.

James Fisher Prolec said PMX is the ‘first system of its kind’ to receive accreditation from Network Rail for Any Line Open (ALO) projects and reportedly impressed when demonstrated with Story Rail.

For highways, PMX has been demonstrated on the central reservations of the M1 and M6 smart motorway projects with a number of contractors. The solution has been nominated for a Highways England Blue Star Innovation Award.

The system allows site managers to establish hazards before operators start work. These ‘hazard maps’ only need to be established once and can be accessed by any PMX-enhanced excavator, allowing operators to move within safe working zones without the need to repeatedly re-enter hazard locations.

Simon Everett, managing director of James Fisher Prolec explained, “PMX is a significant technological step towards our vision of creating one connected site. It marks the transition from a machine-centric industry standard, to a site-wide solution of enhanced safety and productivity; from a hardware-orientated past to a data-driven future.”