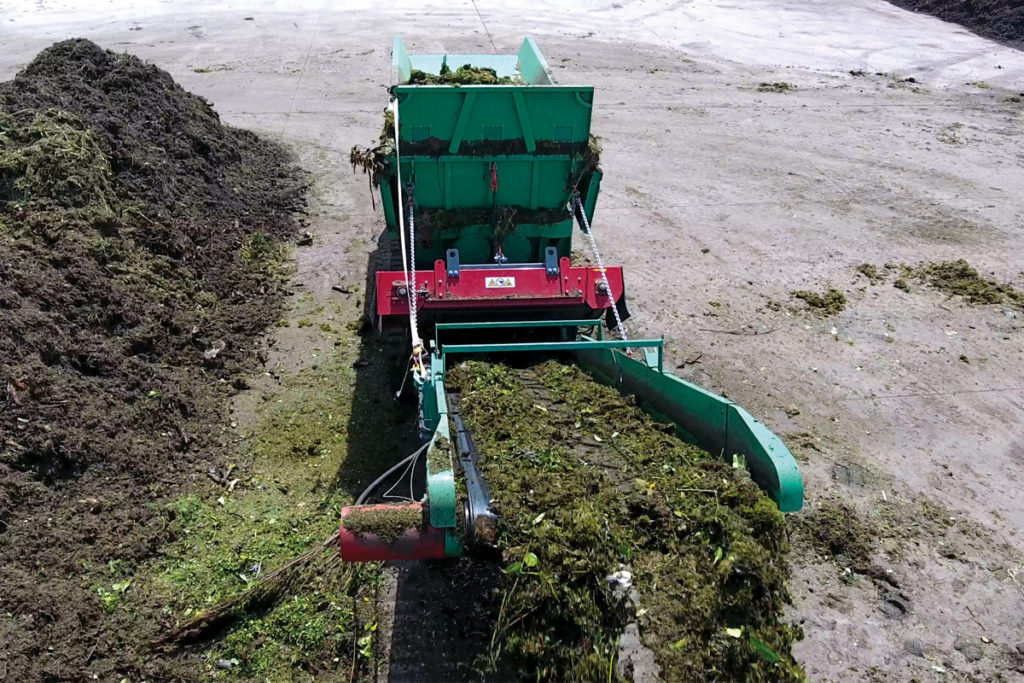 Waste shredded at the site results in compost, which is organised into windrows. Once it has gone through the maturation phase, the material is screened using a trommel with a 20mm drum. The finished product is then sold to local farmers and agricultural contractors as a soil enhancer, as well as being available to residents for free.

The shredder previously used by the council was almost ten-years-old and beginning to show signs of wear and tear.

A decision was made to look for a replacement and a tender was published detailing the requirements for the new machine. Over 50% of their green waste intake was from kerbside collections, meaning most of the waste being processed was grass cuttings, which is difficult to shred once it begins to decompose. They would also be faced with root balls, therefore the council stipulated that the new shredder must have a twin shredding shaft configuration, to combat these difficult materials. Other key points included fuel efficiency.

Following the publication of the tender, CRJ Services said it proposed that the Haas Tyron 2000XL 2.0 would ‘not only meet but exceed’ their requirements.

Described as a ‘powerful and versatile’ twin shaft shredder, the machine is said to be capable of dealing with a range of materials whilst producing ‘consistent products at impressive throughput volumes’.

One of Angus Council’s main objectives was to reduce the amount of time spent clearing blockages, which was reportedly an issue with their previous single shaft shredder. The Haas Tyron features two independently driven shafts, which CRJ explained can reverse and automatically detect blockages.

Once a blockage is detected, the shafts will continue to try and shred the contents of the shredding chamber for a minimum of three attempts. If unsuccessful, the shafts will reverse, and ‘liberate’ any material causing the blockage.

CRJ added that this process is completed without the need for downtime. There is also no need for personnel to enter the shredding chamber, making the process safer.

CRJ recently visited Aiden Devlin, site green waste controller at Angus Council’s Forfar green waste recycling facility, to see how the Haas Tyron 2000XL 2.0 was performing. Comparing tonnage throughput with the previous shredder, the machine is said to be shredding almost three times the amount of green waste in the same time frame, whilst producing an product of equal size and quality.

Aiden described his favourite feature as the option to change each shaft speed and direction independently from one another, dependent on the material being processed.

At the touch of a button, the shredder configuration can be changed to cater to the variety of green waste forms faced by the council.

Following the success of the new machine, Angus Council hired the Haas Tyron to a neighbouring council to process their own green waste. This work was previously carried out by an external third party utilising a high-speed shredder.

CRJ said the neighbouring council was so impressed with the performance of the Haas Tyron that an agreement has been made to hire the machine from Angus Council every four-six weeks to process their own waste.