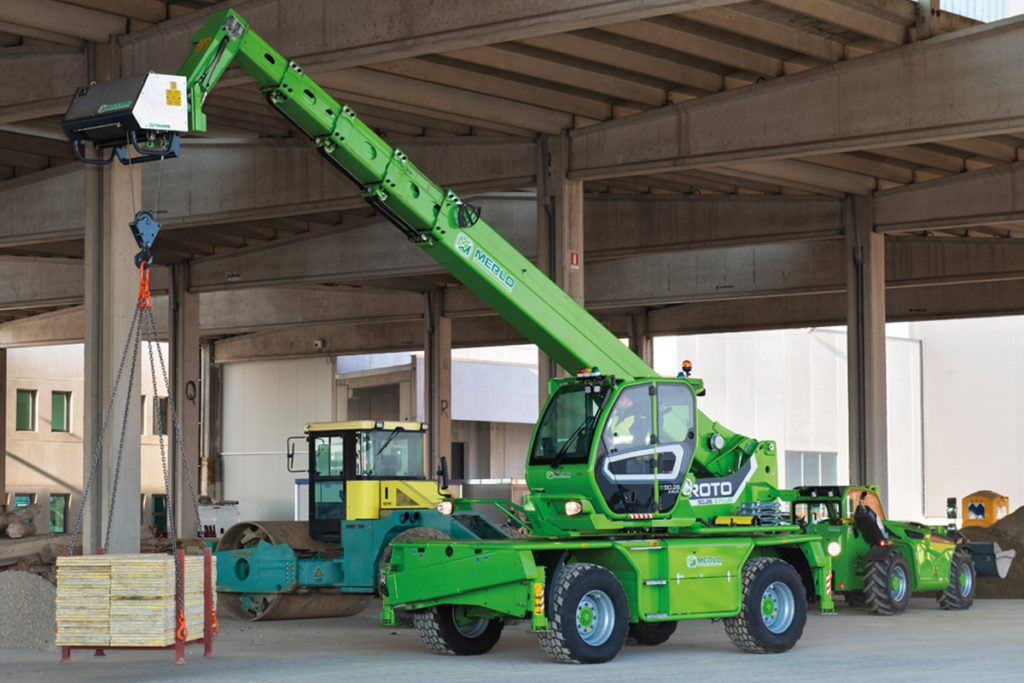 TELEHANDLER specialist Merlo has introduced the new evolution of its ROTO range of rotating turret machines, created with the new modular concept.

The manufacturer explained that the development began as a result of ‘market demands and the constant evolution’ of Merlo technologies to supply machines of similar dimensions and weights to the previous range, but with ‘superior performance, ease of use and safety’.

The new ROTO range boasts a lift capacity ranging between 4,000 and 7,000kg, and a lift height ranging between 15.8 and 34 metres. The entire range is equipped with the 170HP engine combined with an electronically controlled hydrostatic transmission EPD, which allows the engine rpm to be reduced when high power is not required.

Merlo has also launched the new evolution of the PANORAMIC telehandler range, also created with the modular concept. The new range is said to stand out due to the ‘high-comfort cab’, as well as completely renewed axles, and the use of technology to increase safety standards and boost performance. The lift capacity ranges from 3,500 to 12,000kg, while lift height is between 11 and 17.9 metres, which Merlo said makes it ‘ideal’ for carrying out applications that small machines wouldn’t in the construction and industrial sectors. The PANORAMIC range is equipped with hydrostatic transmission.